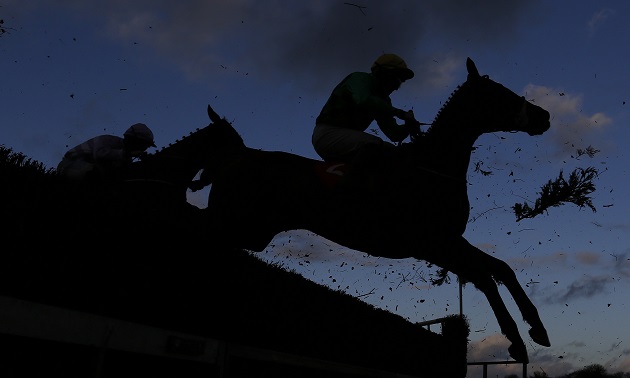 The 15:45 at Catterick on Wednesday is available as a free Race Pass, which means logged-in customers can view all our premium comments and ratings.

Just the five runners for the most valuable event on Catterick’s card, a novices’ handicap chase over 3m1f (15:45), but most of them arrive in good form.

Lambourn trainer Jamie Snowden sent Git Maker (Timeform weight-adjusted rating: 136) on a successful trip up to Catterick for a similar event on New Year’s Day when he landed the odds in a four-runner race by six and a half lengths from another of today’s runners Tupelo Mississippi (135). That might have been a weak contest, but Git Maker has a very good profile, having finished second in his two previous starts over fences as well as winning three of his four starts over hurdles last term, and he looks set for another course-and-distance win.

Tupelo Mississippi meets Git Maker on better terms, having been out of the handicap after the best part of a year off last time when he returned to the form he’d seemed to show when beaten in a match on his chasing debut last term. He certainly looks the type to make a better chaser than he was hurdler but needs to prove himself in this more competitive contest and has the cheekpieces back on here.

More of a threat to Git Maker at the other end of the handicap is ‘Horse In Focus’ Conquredalofeurope (138). Formerly trained in Ireland, he has made a solid start for Donald McCain’s yard this term, finishing an encouraging second to Aire Valley Lad at Wetherby and then shaping well again when third from just out of the weights in a better-grade race over three and a half miles at Haydock last time. He was strong in the betting but hassled for the lead throughout and was picked off in the closing stages of a stamina-sapping contest by a more patiently ridden pair in a contest won by All About Joe. He should find this easier down in grade and back in novice company.

Not What It Seems (135) is another ‘Horse In Focus’, though his trainer Micky Hammond has the ‘Cold Trainer’ flag. He won novice hurdles at Sedgefield and Wetherby on his first two starts this term and made a promising start over fences at the latter track last month when third to Grandads Cottage from just out of the weights. He jumped soundly in the lead and stayed on in a slowly-run race but this will be a fair bit further than he’s been before.

Le Cheval Noir (130) looks the outsider of the field, faring little better when a well-held sixth on his return at Kelso last month than in his three starts over fences last term.

Git Maker opened his account over fences with something to spare over course and distance last time and he can follow up at the likely expense of Conquredalofeurope, who has made a solid start for his current stable. Not What It Seems also merits consideration.