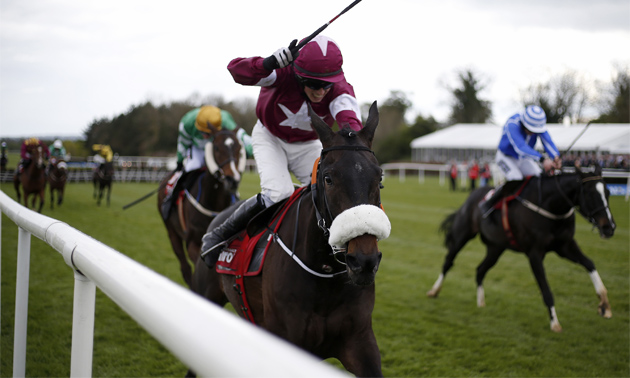 The 15:30 at Punchestown on Wednesday is available as a free Race Pass, which means you can view all our premium comments and ratings.

The National Hunt season is really starting to take off now and there is an interesting Grade 3 novice chase at Punchestown on Wednesday.

The Joseph O’Brien-trained Embittered (162) tops Timeform weight-adjusted ratings but he has plenty of experience to call upon. He appeared to have been laid out for the Cheltenham Festival last season and started favourite for the Grand Annual, but he failed to complete, falling at the ninth.

Embittered made the most of a good opportunity to belatedly open his account over fences in a maiden chase at Killarney in August and got much closer to the pick of his form when a neck second to Exit Poll in a Grade 3 novice at Roscommon last time. He is weighted to reverse that form now and seems sure to be thereabouts once more.

That was Exit Poll’s (156) third win over fences and second in a row, bringing every bit of his useful handicap form to the table to open his account at graded level. There is plenty about him physically and he really attacked his fences that day under a good front-running ride. Revised terms makes life harder for him, but it all seems to be clicking into place for him at the minute and it would be folly to ignore his chances.

Back in third that day was Bold Enough (157p) who shaped really well on his first run for nine weeks. There was no hiding place for Bold Enough thanks to Exit Poll setting a fair gallop and his absence seemingly told in the closing stages. He had looked a very promising chaser earlier in the year, winning his first two starts, and the small ‘p’ attached to his rating suggests there is reason to think he can turn the tables on both Exit Poll and Embittered now.

Another horse with the Timeform small ‘p’ attached to her rating is Hurricane Georgie (141p), who receives both an age and sex allowance. She made a winning start over fences at Downpatrick last month but appeared to be flying to high in this grade at Roscommon last time when no match for the previously mentioned horses. There should be more to come from her but it is hard to see here coming out on top.

Presenting Bonnie (140), who finished last of five behind Exit Poll last time, and Choungaya (140), an exposed chaser, make up the field. It will be a surprise if either are good enough to have a say, though.

Bold Enough failed to match strides with Exit Poll and Embittered at Roscommon recently, but he should be sharper now (that was his first start for 9 weeks) and is taken to turn the tables on those rivals here. Embittered may also reverse placings with Exit Poll on these revised terms and is second choice.

Just click here to view the full card and Timeform analysis for the 15:30 at Punchestown on Wednesday. You can subscribe to Race Passes to access every race here.