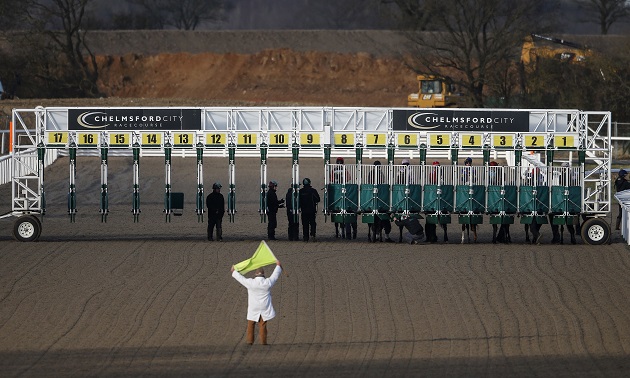 The 15:20 at Chelmsford on Sunday is available as a free Race Pass, which means logged-in customers can view all our premium comments and ratings.

Heading the Timeform ratings is ‘Hot Trainer’ Saeed bin Suroor’s filly Soft Whisper (124). She did well last season, winning twice on the dirt at Meydan, including in the UAE 1000 Guineas, but proving better still back on turf when winning another listed race, against older rivals, at Newmarket in the autumn. While she wasn’t in the same form in Dubai early this year, on either surface, she looked at least as good as ever when making all the running under top weight for a head success over Spirit of The Bay in a fillies’ handicap at Ascot on her latest start in May. Soft Whisper can race freely, so the drop back to seven furlongs from Ascot’s stiff mile should suit.

A close rival on ratings is Bounce The Blues (122) for another ‘Hot Trainer’, Andrew Balding. A listed winner at three when trained in Ireland, she has yet to win for her current stable but has gone close in similar events several times, notably when going down by a head to With Thanks at Ascot on her final start last year. She was second again in another listed contest on her return in May, proving no match for very smart rival Aldaary but beating the rest decisively. This should be an easier opportunity to get her head in front back against her own sex.

Internationalangel (117) improved out of all recognition in handicaps last year, winning six such races, with the last four of those wins all coming over this course and distance once moving to Jane Chapple-Hyam. She has progressed again this year, winning another handicap on her return at Newcastle and proving just as good back on turf when runner-up to the smart Goldistyle in a listed race at Longchamp last time. Back a track where she clearly goes very well, Internatinalangel looks to have very solid place claims.

She Do (117) is another successful at this level already for ‘Hot Trainer’ Roger Varian. She showed plenty of improvement when getting up for a short-head success in a six-furlong listed contest for fillies at Newmarket on her final start last year. As a result, she started favourite for the Chartwell Fillies’ Stakes at Lingfield on her reappearance in May but wasn’t at her best in fourth after racing too freely. That run may well have brought her on though.

Arousing (112) has a bit more to do at the weights and isn’t the most reliable but she does represent the red-hot stable of William Haggas. Her win in an apprentice handicap at Kempton in March was a useful effort but she seems to be going the wrong way temperamentally and never threatened in a handicap at York last time after making her usual slow start. First-time blinkers didn’t seem to have much effect there but the headgear is being persevered with.

The remainder look to have stiff tasks on these terms. Fauvette’s (106) has won on all three visits to Chelmsford for Rae Guest, her latest success coming in a valuable minor event over this trip in February when beating Arousing by a neck with the now smart Highfield Princess back in third. However, she’ll need to improve on her subsequent efforts in listed races to be involved here.

Improvised (108) ran up a hat-trick in lesser company last summer, and while she was second to Snooze N You Lose in a listed race at Musselburgh last month, that wasn’t a strong contest for the grade and her trainer David O’Meara has the ‘Cold Trainer’ flag at present. She didn’t run badly in a competitive handicap at Royal Ascot last time, however.

Mishal Star (108) has come up short in listed company before for Tom Ward and steps up to seven furlongs for the first time here as well as making her first appearance since last October.

Soft Whisper put a disappointing spell in Dubai behind her when making all in a Ascot handicap two months ago and can record her third success at this level. Bounce The Blues bumped into one who has Group 1 potential at Haydock on her return and is the obvious threat, with Internationalangel best of the others.