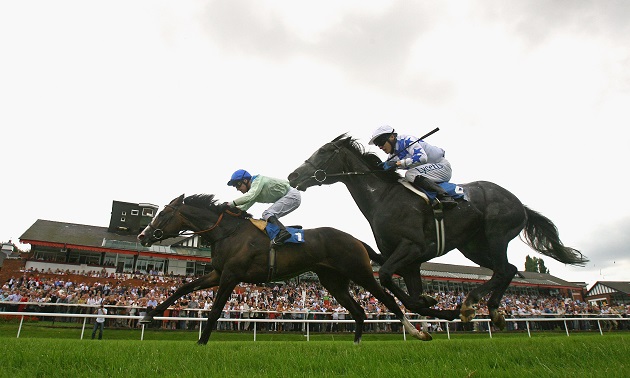 The 15:00 at Pontefract on Sunday is available as a free Race Pass, which means logged-in customers can view all our premium comments and ratings.

This looks a good renewal of this listed race for fillies with several in-form types turning up. The one that tops Timeform weight-adjusted ratings is the Andrew Balding-trained Chil Chil (124), who has faced a couple of stiff tasks so far this season.

She shaped as though in need of the run on her return in the Hackwood Stakes at Newbury last month and again looked a little rusty in the ultra-competitive Stewards' Cup at Goodwood last time. The pick of her form from last year marks her out as a big player in this field, though, and likely to be close to full fitness now, she should be competitive. Interesting.

Gale Force Maya (123) doesn't sit far behind her on ratings and there is also plenty to like about her chance. She produced a career-best performance when recording her third win of the season in a useful handicap at York last time, edging right inside the final furlong but staying on strongly to the line.

That form puts her in with a big chance back in listed company, particularly at this track, where she has the Horses For Courses Flag after a string of good efforts over course and distance, which includes two wins. A wide draw is a slight concern but she arrives in top form and clearly likes it round here. Big chance.

Another filly who arrives on a roll is Adaay In Asia (111) - highlighted by her Horse In Focus Flag - who completed a hat-trick in good style at Ascot last weekend. She was well backed and confirmed herself a much improved performer of late, once more impressing with the change of gear she displayed when asked to quicken entering the final furlong. This represents a marked step up in grade, but she is no back number and commands plenty of respect.

Princess Shabnam (114) is a useful filly who is proving most consistent, opening her account for the season on the all-weather at Chelmsford in June and finishing runner-up on her last two starts at Chester.

Her latest start was at this level and she proved she can cut it in listed company, for all the form is a little muddling due to a steady pace. Princess Shabnam was no match for the easy winner who proved much too good down in class, but she isn't one to rule out back against her own sex in a race which should be run at a stronger tempo.

Karl Burke is enjoying a fine season and remains in top form - which the Hot Trainer Flag points out - and his two runners Favourite Child (101) and Honey Sweet (108) aren't without hope.

Admittedly, the former has something to find on form, but she returned to form from out of the blue when third to Adaay In Asia in a handicap at Goodwood last time, and has claims of hitting the frame on that effort. Honey Sweet has been highly tried this season, but shaped better than the bare result in a Group 3 last time, and it wouldn't be a surprise if she was involved back down in class.

Symphony Perfect (108) finished in front of Honey Sweet at Goodwood last time and is also worth a mention. That was over seven furlongs and she shaped as though the drop back to this trip would suit, taking a keen hold and unable to quicken inside the final furlong. This is just her third start for Hugo Palmer and she could have more to offer.

A wide draw dents confidence slightly but Gale Force Maya has a series of efforts to her name this year which suggest she should be more than capable of winning a listed race. Chil Chil will be a major threat if recapturing anything like her best form, while Princess Shabnam was runner-up at this level last time and is handily drawn in stall 1.