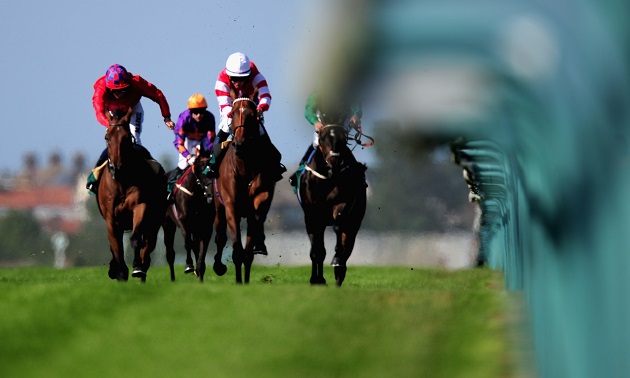 The 14:55 at Yarmouth on Tuesday is available as a free Race Pass, which means you can view all our premium comments and ratings.

There's a standout contender in the seven-furlong handicap (14:55) at Yarmouth on Tuesday as Farhh To Shy is top-rated, has the 'p' for expected improvement attached to her rating and is also a Horse In Focus after delivering an impressive success over course and distance on her latest start.

A Horse In Focus is a runner who caught the eye of a Timeform analyst on their latest start and has been identified as likely to be a good bet next time. Farhh To Shy earned that Flag when winning with more in hand than the margin of a length and a quarter would suggest.

Farhh To Shy, making her handicap debut on the back of a narrow defeat over six furlongs here, travelled notably well, looking a long way ahead of her mark. She made good headway over a furlong out and then kept on well when switched, readily assering close home. A 5 lb rise in the weights looks lenient for this scopey, well-bred sort who should carry on improving for a while yet.

Farhh To Shy (103p) narrowly heads Timeform's weight-adjusted ratings from Corvair (102§) and Dazzling Dan (102), but they both have something to prove at present. Dazzling Dan has been below his best the last twice and was especially disappointing at Thirsk on his latest outing when failing to beat home a rival, while Corvair has the infamous Timeform squiggle attached to his rating, denoting that he is one to treat with caution due to his tendancy to blow the start.

A greater threat could be provided by Global Esteem (100) as he was in good form when last seen in July, following up a win at Ascot with a creditable second at Newbury. He is on the same mark as when runner-up at Newbury so should give another good account.

Maxi Boy (100) has been holding his form well and ran up to his best when not beaten far in fifth at Ascot earlier in the month. He represents Michael Bell, who has the Hot Trainer Flag to highlight that his stable is in good form, and he should be in the shake-up.

Dual course winner Farhh To Shy is clearly going the right way and still looks on a decent mark. She is fancied to score again. Global Esteem and Maxi Boy look the likeliest dangers.

Just click here to view the full card and Timeform analysis for the 14:55 at Yarmouth on Tuesday. You can subscribe to Race Passes to access every race here.