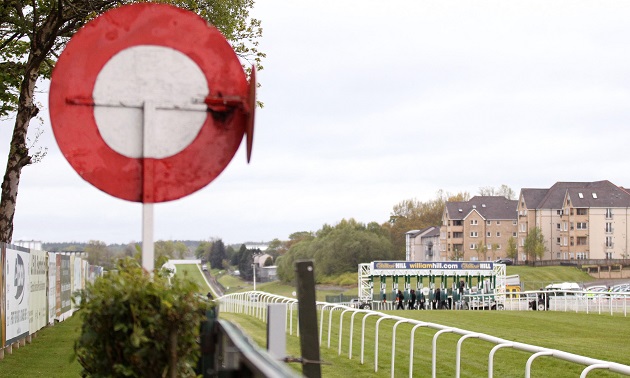 The 14:50 at Hamilton on Wednesday is available as a free Race Pass, which means logged-in customers can view all our premium comments and ratings.

The most valuable race at Hamilton on Wednesday is the six-furlong handicap (14:50), and Timeform's weight-adjusted ratings are headed by recent winner Nearly A Gonna (93+).

Nearly A Gonna ran out an authoritative winner on his return at Carlisle last week, making all to score by four lengths and posting a career-best performance on Timeform's figures in the process.

He may have been a 20/1 shot at Carlisle but there's little reason to doubt the effort as he scored in a good time and was chased home by some in-form sorts. He has clearly returned in fine fettle and still looks well treated under a 5 lb penalty, so he holds strong claims.

The other recent winner carrying a 5 lb penalty is Inver Park (92). He shaped with promise on his first couple of starts for George Boughey after joining from Mick Quinn, and he produced his best effort yet to land a six-furlong handicap at Windsor last week.

Inver Park kept on strongly to win by three-quarters of a length, looking well on top at the finish, and it's worth noting the runner-up pulled four lengths clear of the third, so a 5 lb penalty should not prevent another bold bid.

Another to feature prominently on Timeform's weight-adjusted ratings is Tipperary Tiger (90).

Tipperary Tiger is rated slightly higher on the all-weather than the turf with the BHA, so he is able to run off the same mark as when successful at Southwell in January.

He was disappointing at Doncaster when last seen in March, but he has won a couple of times on turf when the ground has been on the easy side so conditions should not be an issue and he is on a competitive mark. Also in his favour is the good form of Karl Burke - he has the Hot Trainer Flag to highlight the yard's good form.

Global Humor (86) is another who disappointed when last seen but he has been given a long break since that effort in December, which came at the end of a really busy campaign, and he has the Horses For Courses Flag which highlights his effectiveness at this venue.

Global Humor won twice here last season, including once over this distance, and he returns with trainer Jim Goldie among the winners.

Glorious Rio (89) and Rose Bandit (88) have also won at this venue and arrive on the back of creditable efforts, while Shark Two One (88) also showcased his wellbeing last time, finishing runner-up from this mark at Ripon.

The field is completed by Devasboy (82), the only three-year-old in the field. He returned to form when third at Wolverhampton in March but others look better handicapped.

Nearly A Gonna ended the last campaign in good heart and showed much-improved form to make a winning return at Carlisle nine days ago, making all in a good time, so is taken to defy a penalty. Fellow penalised winner Inver Park has made an excellent start for this yard this season and is the obvious threat under William Buick.