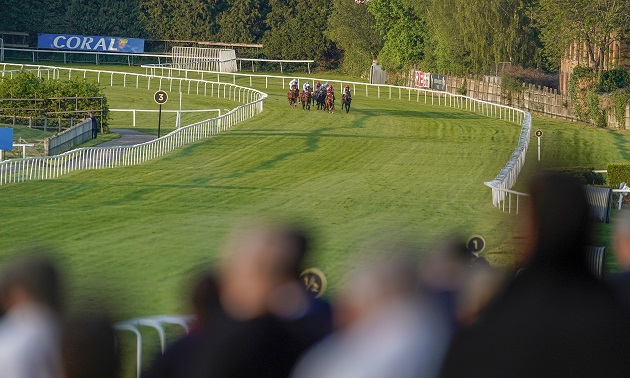 The 14:10 at Sandown on Friday is available as a Free Race Pass, which means you can view all our premium comments and ratings.

The seven-furlong handicap at Sandown on Friday (14:10) features some progressive sorts, a few well-handicappers runners and there are also a couple of interesting Timeform Flags on show.

The obvious starting point is the Timeform weight-adjusted ratings, which are headed by The Whipmaster (97p). He offered some encouragement without managing to win last season but he has returned as an improved model this term, winning at Brighton before following up off a 6 lb higher mark at Windsor. The Whipmaster deserves extra credit for winning at Windsor as he had his momentum checked which resulted in him conceding first run, but he quickened well to score with a bit in hand, the front two pulling four lengths clear of the remainder.

The Whipmaster clocked a notable sectional time on that occasion, finishing fast in a race run at a fairly steady gallop, and such an impressive burst marked him down as one to follow. The form has also started to work out well as the runner-up has since posted a comfortable success, so The Whipmaster still looks well handicapped after a 7 lb rise in the weights. He is on a sharp upward curve at present and remains open to further improvement, as denoted by the 'p' attached to his rating.

The Whipmaster's wins have come at around a mile, but, given the speed he showed at Windsor, the drop to seven furlongs is unlikely to be an issue. Ower Starlight (87p), in contrast, is stepping up to seven furlongs having shaped well when fourth in a six-furlong maiden at Salisbury last month. He was short of room over two furlongs out and had to weave his way through to challenge, but he kept on well, looking unlucky not to finish closer. He will be suited by returning to seven furlongs and still has something to offer after only three starts.

The other runners with the Timeform 'p' are Military Man (91p) and G'Daay (84p), while Melody of Life (90) has the Jockey Uplift Flag as he has the assistance of champion jockey Oisin Murphy in the saddle.

Dropping back to 7f may not prove to be an issue for THE WHIPMASTER on this stiff track, and the progressive gelding is taken to complete the hat-trick with Ryan Moore again in the hot-seat. Conversely, Military Man left the strong impression that going up in trip, not down, would be in his favour when third over 1m at Yarmouth. Dashing Dick and Ower Starlight may emerge as the main dangers.

Just click here to view the full card and Timeform analysis for the 14:10 at Sandown on Friday. You can subscribe to Race Passes to access every race here.