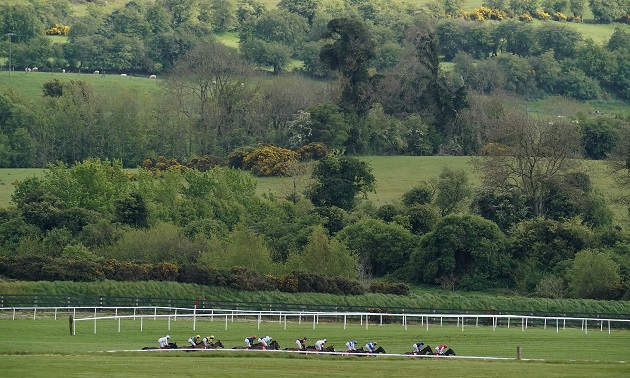 The 13:55 at Punchestown on Tuesday is available as a free Race Pass, which means logged-in customers can view all our premium comments and ratings.

Punchestown’s card features some huge fields but there are some useful types among the seven declared for the 13:55, a two-mile contest for horses that haven’t won more than once over hurdles.

A couple are clear in the Timeform weight-adjusted ratings here, including Falcon Eight (149) for Dermot Weld. A brother to top-class stayer Kyprios, he’s a smart performer on the Flat himself, winning last year’s Chester Cup, and he ran respectably on the level earlier this month when eighth in the two-mile November Handicap at Naas. Falcon Eight has shown useful form from just four starts over hurdles, but his win in a maiden at Thurles came over nearly three miles and two and a half looked on the short side for him at Galway last time, so there must be doubts about him over today’s trip.

‘Hot Trainer’ Willie Mullins’ runner Tax For Max (148) has a lot more hurdling experience (including contesting the Triumph and County Hurdles at the last two Cheltenham Festivals) and has done all his racing at around two miles, belatedly getting off the mark in a maiden hurdle over course-and-distance in May. However, he was beaten at odds on in a minor event at Sligo last month when pulling hard without his usual hood fitted. The headgear is left off again here but he is tongue tied for the first time.

With that pair therefore having something to prove, Weseekhimhere (138+) could be the answer for another ‘Hot Trainer’, Gordon Elliott. He looked a good prospect in bumpers, winning twice in that sphere and finishing third in a listed contest at Cheltenham, and, after a spin on the Flat, made a highly encouraging debut over hurdles when forging clear after the last to beat a big field of maidens at Navan last September. Weseekhimhere has more than a year’s absence to overcome, but he looks potentially useful.

Elliott also runs Hiaou (136) who ran much his best race when winning a maiden over this course and distance on heavy ground in January. He fell in a Grade 2 novice at Naas next time and returned at Sligo last month in the same race that Tax For Max contested, not running much of a race in finishing a place behind him in fourth.

The mare in the field It’sallabouteve (130) has a stiffish task on these terms having shown just fair form when winning a maiden on her hurdles debut at Limerick just over a year ago and hasn’t been seen since pulling up at the same track on Boxing Day.

Shark Hanlon’s Fascinating Shadow (130) is fairly useful on the Flat and made a winning debut over hurdles at Cork in May but he failed to make much impression when upped in class for the Sharp Novices’ Hurdle at Cheltenham earlier this month.

Hurdling debutant Rowdy Romeo completes the field and a record of one completion from three starts in points and finishing tailed off in a bumper last month makes him the rank outsider here.

Weseekhimhere has a bit to do on the figures with the likes of Falcon Eight and Tax For Max but with that pair both having something to prove (former over this trip, latter arriving on the back of a disappointing run) he could be the answer.