My Timeform: Three to follow from the Dante Festival 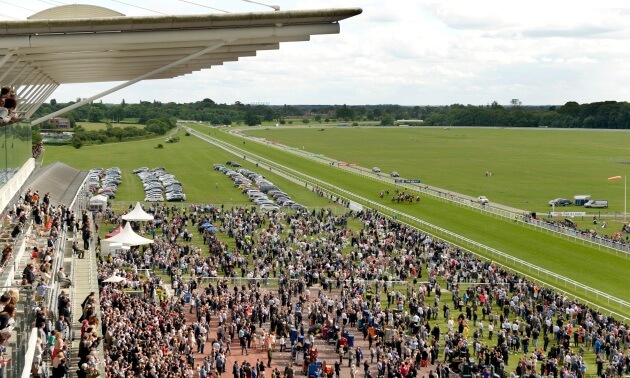 Samburu kept his unbeaten record for John & Thady Gosden by landing the odds with something in hand on his handicap debut but he’s unlikely to be spending too much time at this level, with higher-grade races beckoning sooner rather than later. In what was a soundly-run contest over seven furlongs, Samburu took a keen hold under restraint before making ground from two furlongs out and kept on once leading inside the final furlong for a half-length win over Snooze N You Lose. His two earlier wins had come in novices over the same trip at Yarmouth last year when scoring readily and at Salisbury on his reappearance in April when still looking green. While Samburu’s St James’s Palace Stakes entry is probably a bit too ambitious at this stage, the Jersey Stakes would be a more realistic Royal Ascot target with further improvement to come.

This was the second start for Alligator Alley since joining David O’Meara and he has now shown promise in both his runs for the stable. Contesting only the second handicap of his career, he was always well positioned behind the eventual winner Fine Wine and kept on in the final furlong in pleasing fashion to finish around three and a half lengths behind him in fourth. He’d finished well for third against some smart sprinters in a conditions race at Wolverhampton in March on his stable debut after a lengthy absence, having missed all of 2021 – he’d been gelded and had a breathing operation in the interim. Formerly trained by Joseph O’Brien, Alligator Alley had been a listed winner over York’s five furlongs as a two-year-old and there’s surely another race or two in him for his current stable as the summer progresses.

Trained by Andrew Balding, Thunder Cat was a first runner from the only crop of his ill-fated sire Roaring Lion who’d won the Dante on the same card four years earlier before going on to win four times in Group 1 company later that season. This was one of the first six-furlong races of the season for two-year-olds but Thunder Cat is bred to need further still and looked badly in need of the experience too, having soon got behind after a slow start, but was getting the hang of things by the end and ran on in the final furlong under hands and heels to finish fifth of the ten runners behind the potentially useful filly Queen Olly. Out of the useful mare Rich Legacy who won the May Hill Stakes at two, Thunder Cat isn’t the biggest but he could improve a fair bit for what was a promising debut.