My Timeform: Three to follow from Future Champions Festival 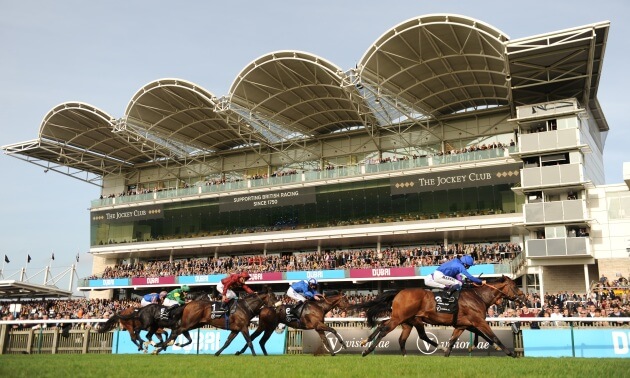 The time of this maiden wasn't anything out of the ordinary, but there are reasons to be positive about Ameynah, who finished runner-up and made eye-catching late headway. She is from a good family and will likely come into her own over middle distances next year, but judged on this run she will have no problem picking up a similar event by the year is out.

Ameynah looked in need of the experience early in the race, breaking slowly from the stalls and taking a while to pick up when the pace lifted around two furlongs out. She did stay on well once finding her stride, though, taking second late on once meeting the rising ground and leaving the impression she would come on plenty for the experience. She'll stay at least a mile and looks a good prospect. Roger Varian

Climate was starting to look exposed and didn't need to improve to open her account at Navan last month, but she is a well-bred filly, and it is no surprise she has raised her game the last twice after belatedly getting her head in front.

She was far from disgraced upped into Group 3 company at Gowran on her next start, coming under pressure a fair way out but leaving the impression she would have been seen to better effect in a more strongly-run race.

Climate did get a more truly-run race in the Pride Stakes at Newmarket, and was arguably unlucky not to finish closer than she did, having no room at all and carried right two furlongs from home. She finished well once in the clear and likely has even more to offer when conditions allow. Jessica Harrington

Snowalot has progressed nicely upon joining James Ferguson this season, winning handicaps at Salisbury and Goodwood in good style in the summer, before proving his stamina for two miles when hitting the frame at Haydock last month. He wasn’t best positioned that day, having to do plenty of running into a pace that was lifting all of the time in the closing stages, leaving the impression he was still on a good mark.

Snowalot confirmed that impression in the Cesarewitch on Saturday where he shaped much better than the bare result. He moved into the race nicely, probably travelling better than most, in fact, but he blatantly failed to stay the longer trip, weakening over a furlong out and finishing very tired. He is almost certainly still a well-handicapped horse and there will be more races in him back over a more suitable trip. James Ferguson