My Timeform: Three to back on the all-weather next time 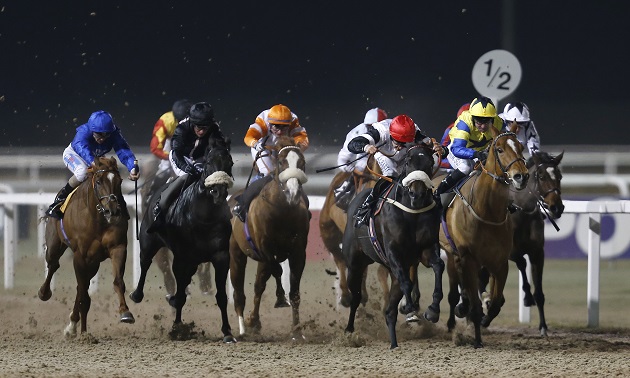 Timeform identify three horses that caught the eye on their latest start and could be worth supporting next time.

Ariel was a late foal (26 April 2018) so it was no surprise that he didn’t make his debut until the backend of last year, and he looked badly in need of the experience, too, beating just two rivals home. He didn’t improve much on his second start switched to the all-weather at Newcastle, either, but there was more to glean from his run at Kempton last week.

That was Ariel’s first run for eight weeks and he was far from knocked about, held up in the rear while racing wide round the turn from an outside draw in stall 10. He was never really put in the race which was run at a steady pace, and was allowed to come home in his own time after suffering some interference around a furlong from home. There are certainly better days ahead for Ariel, who has a nice pedigree, and plenty about him physically, which suggests he ought to do better somewhere down the line. Now eligible for handicaps, he is the type to get a lowly mark in relation to his pedigree, and will be of interest next time. Charlie Hills

Idlico’s sole win on the Flat came in May 2018 when trained by Christope Ferland in France, and he made a winning start for Ian Williams over hurdles later that year, but didn’t progress as expected after and lost his way. As a result, he looks very well handicapped now, and is of interest having caught the eye when finishing fourth on just his second start for the upwardly-mobile Philip Kirby yard at Newcastle last week.

It was a rather messy finish to the race which was run at just a modest pace, but it is worth taking a positive view of the form, the first two relatively low-mileage sorts while the third had also dropped to a good-looking mark. Idilico was backed at long odds on the show and did well to finish as close as he did given how the race panned out, faring much the best of the horses who were held up from off the pace, still having plenty to do around two furlongs out but staying on well thereafter to finish a never-nearer fourth. Based on his French Flat form, and the fairly useful level of form he showed over hurdles, Idilico is well up to winning races from a mark in the 60s in all-weather handicaps, and is one to look out for next time having joined a yard that are very adept with new recruits. Philip Kirby

Ruby Red Empress started at big prices in all five runs for Amanda Perrett last year, but she showed ability on her final start upped to a mile and a quarter for the first time when finishing third in a handicap at Sandown. She was picked up for 9,000 guineas at the horses-in-training sale in August and made a promising start for new connections when hitting the frame at Lingfield on Saturday.

She shaped well and was probably unlucky not to finish closer on her first start for four months, travelling better than most tracking the pace, but not getting the clearest of runs on the home turn, and again meeting trouble in running over a furlong from home. Ruby Red Empress finished with running left and is probably capable of better judged on that run, while she is entitled to come on fitness wise, too. The form looks solid for the grade, with the thriving winner beating a consistent sort in second and a fairly-treated one in third. George Boughey has made a very good start to his training career and Ruby Red Empress seems sure to win races. George Boughey