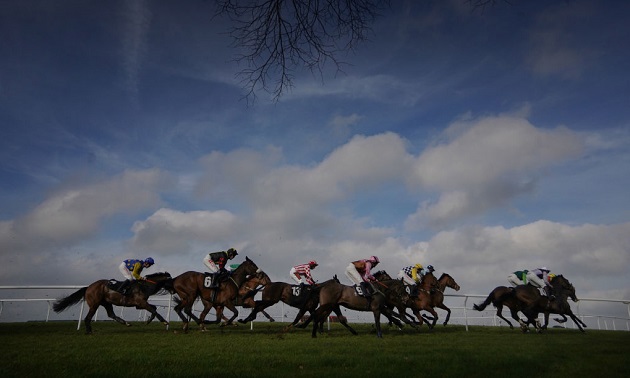 Timeform identify three horses who made a big impression at the weekend and could be worth following in the weeks ahead.

A 17-runner field for this maiden hurdle, but the betting made it a two-horse race between the Willie Mullins-trained mare Gjoumi, who had shown ability on her two previous starts over hurdles and was sent off the 8/11 favourite, and the Mouse Morris-trained Gentlemansgame at 5/4. Gentlemansgame had won a four-year-old point on his debut in October before changing hands the following month for €250,000 and made his debut in the increasingly familiar Robcour colours at Cork. He duly looked a good prospect in showing a useful level of form on his first start under Rules, pulling 21 lengths clear of runner-up Mahons Glory, with the headstrong Gjoumi only third. Travelling strongly close up under Rachael Blackmore, Gentlemansgame jumped on at the third and asserted from three out to run out an impressive winner. By Gentlewave, sire of the top cross-country chaser Easysland, Gentlemansgame comes from a good jumping family that includes the Irish Arkle winner Well Ridden. Morris described him afterwards as ‘a real chaser’, but Gentlemansgame can go on to better things over hurdles first.

Donald McCain began 2021 winner five winners from his first seven runners but he really should have had another treble at Catterick on Sunday to go with the one he ran up at Musselburgh on New Year’s Day. Malpas looked all set to make a winning debut over hurdles – he was about six lengths clear of odds-on favourite and eventual winner Frimeur de Lancray, and not stopping - when coming down at the last. Malpas had raced with enthusiasm on his first start for almost a year, taking closer order at the end of the back straight and then leading on the bridle two out. On his only previous outing at Musselburgh last season he had been given a considerate introduction when sixth in a bumper. The five-year-old Malpas is bred to be a chaser in time, by Milan out of a winning pointer who has already produced Skipping On, a fairly useful chaser in his prime at up to two and a half miles who won at Warwick on New Year’s Eve. Malpas is open to improvement over hurdles and can make amends in a similar event before long.

Benevolentdictator lost his unbeaten record over fences in Sunday’s Sussex National but arguably wasn’t seen to best effect in finishing three lengths third to Seaston Spirit, and he looks well worth another chance off his current mark. A stop-start gallop meant the emphasis was less on stamina than might have been expected, with Benevolentdictator not always fluent dropped out in rear.  A mistake four out when making headway didn’t help matters, but he was keeping on well in the latter stages and finished with running left. Benevolentdictator had shown just fair form over hurdles last season, but he’s a big, good-bodied chasing type and has taken well to fences this term, winning a novices’ handicap at Lingfield and then winning a weak contest with plenty of authority at Plumpton last month when stepping up to beyond three miles. Unexposed over long distances, Benevolentdictator remains open to improvement as a chaser.