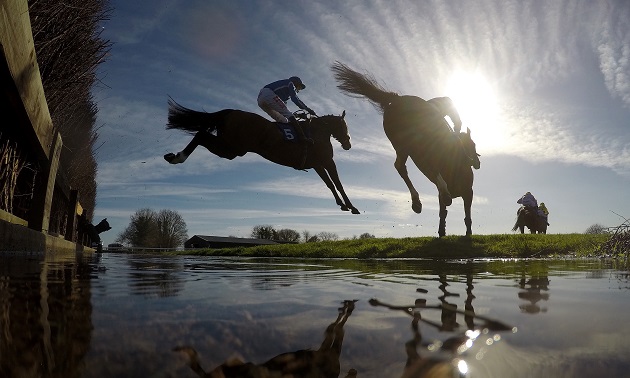 Timeform pick out three jumpers who caught the eye recently and look capable of better this season.

Jony Max has now finished runner-up in both his starts this season, conditional jockeys’ handicap chases at Warwick and Wincanton, but has been unlucky to bump into progressive types in both those races. He left the form of his chasing debut well behind on his reappearance (after a breathing operation) at Warwick last month when beaten half a length by Pens Man, and then found O’Faolains Lad a length too good at Wincanton.

Never far away last time, he went on approaching two out before being headed between the final two fences, a loose horse not helping when he was untidy at the last, but he stuck to his task on the run-in on his first try beyond three miles. A former winning pointer in Ireland who has had just the six starts under Rules for Christian Williams, Jony Max looks well up to getting off the mark before long. Christian Williams

Evan Williams looks to have a promising mare on his hands in the form of Current Mood who made an impressive first start for her new yard in a mares’ maiden hurdle at Ffos Las. She was left with little to beat in the end but did it in fine style nonetheless, travelling strongly, leading before three out and then drawing clear for an impressive 14-length success over Drash On Ruby.

A daughter of Sulamani like Honeysuckle, Current Mood was a dual point winner in Ireland and had one start there in bumpers last season, finishing second in a two and a half mile contest at Wexford for Liam Kenny. There’s better to come from Current Mood and she looks a useful hurdling prospect. Evan Williams

Guy shaped really well, making his reappearance after eight months off, in finishing second in Market Rasen’s Prelude Handicap Chase. The class 2 contest was a better grade of race than the handicaps he contested last season, when successful in a novice contest at Huntingdon, but he looked very much at home taking on some useful rivals.

Patiently ridden, he made smooth headway entering the straight, pressed the eventual winner Senior Citizen from three out but couldn’t quicken after the last, going down by two lengths. Only a six-year-old, Guy will remain of plenty of interest in handicaps, with further improvement on the cards. He holds an entry in the Grand Sefton over the National fences next month but from his current mark lesser contests are open to him as well. Nigel Twiston-Davies