My Timeform: Three potentially well-treated horses to keep an eye on 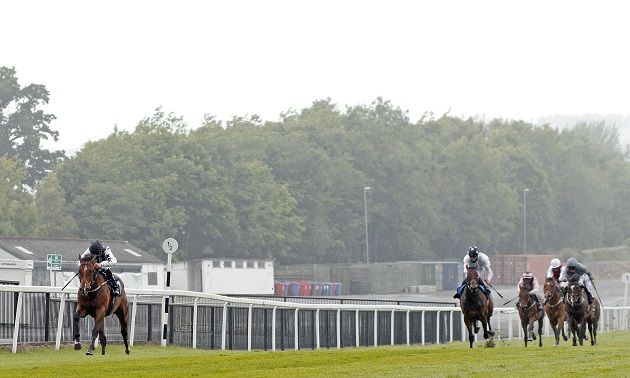 Timeform pick out three eye-catchers from the last week of racing who could be worth following.

Burning Cash had shaped quite well at Hamilton on just his second outing, but the manner of the improvement he showed at Chepstow subsequently could hardly have been foreseen. Burning Cash did admittedly hold a positional advantage in the race, being the only one to come across to the stands rail at halfway, but he still forged clear to rout his opponents by seven lengths.

That form was called into question when Burning Cash disappointed returned to Hamilton earlier this month, but he then not only got back on track but seemed to excel himself up in grade in the Group 2 Flying Childers at Doncaster last time. In fact, he was unlucky not to finish closer as it turned out, making headway when denied a clear run over a furlong out, and again found himself short of room inside the final furlong, finishing fourth.

That effort means he is given the benefit of the doubt given his wide-margin Chepstow win could be rated much higher anyway, and he could be one to look out for as he returns to calmer waters. He holds an entry in the listed Harry Rosebery Stakes at Ayr on Friday.

Tight! Ubettabelieveit bounces right back to form to spring a surprise in the Group 2 Flying Childers Stakes under @rowan_49 for Nigel Tinkler at @DoncasterRaces pic.twitter.com/I0ADpKPENI

Chance completed a hat-trick in convincing fashion at York last July, adding to his wins at Chepstow and Nottingham, but that season didn’t have the end connections would have hoped, disappointing at Goodwood before finishing last of 30 in the Cambridgeshire at Newmarket on his final appearance of the campaign.

Having been gelded since that below par effort, Chance made his seasonal reappearance at Sandown on Friday, in what appeared a pretty weak race for the grade, and he shaped as if retaining all his ability. The pace was just a steady one, and Chance deserves extra credit for coming from the rear of the field, keeping on in the final furlong and taking second late on.

The winner Raaeq was the clear pick at weights beforehand and scored in a style suggesting there might still be more to come, so Chance really lost no cast in defeat to him, and he is by far the most interesting other runner to emerge from the race. He also looked in really good shape beforehand, so there is probably much more to come in terms of fitness, but he is likely to be of interest again at a similar level nonetheless.

Raaeq quickens up nicely in the hands of Dane O'Neill, to land the Bet At https://t.co/mlwJyImAoP Handicap in convincing style for @brianmeehanltd 👏 pic.twitter.com/PZlaGzDq4A

King Ottokar was an expensive breeze-up buy and was clearly thought a lot of, running in the Futurity Trophy at Doncaster on just his second start after an impressive winning debut. He failed to make an impact in that race but he quickly got back on the up on his first start as a three-year-old, winning a minor event at Newbury on his comeback. Since then he has been set some stiff tasks, with each of his six appearances prior to Saturday coming at listed level or above.

Saturday saw him make his handicap debut at Doncaster, and he certainly caught they eye, impressing with the way he travelled and likely to have finished a fair bit closer than he did had he been able to get a run when the winner or even the third did. He only managed fifth place, but was left with too much to do after running into trouble, and he is clearly one to bear in mind for a similar event.