My Timeform: Three horses who earned the 'Large P' 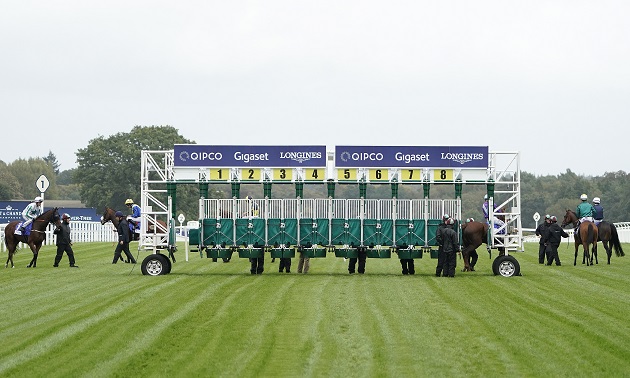 Timeform highlight three horses who raced last week and earned the 'large P', identifying them as open to significant improvement.

As is common in middle-distance novice events for three-year-olds at this time of year, there were plenty of interesting types with appealing pedigrees on show and the race should prove a decent source of winners. It's often difficult to make up ground from the rear at Windsor - the pace tends to steady before developing into a dash down the straight - and that proved to be the case here. The stoutly bred Evaluation - a son of Gold Cup winner Estimate - was never able to land a blow having been held up further back that ideal, but he kept on nicely inside the final furlong in the style of a horse with a lot more to offer under more suitable circumstances. He will enter handicap company on a mark that underplays his ability and should take a significant step forward when presented with a stiffer test of stamina. Sir Michael Stoute.

Sea Karats, a 500,000 guineas purchase as a yearling who is a sister to the same stable's Al Aasy, is clearly held in high regard as she was sent off an odds-on favourite on her debut for William Haggas. Sea Karats had to settle for third but she was unlucky not to win and looked like the best long-term prospect in the field. A pedestrian early gallop meant the race developed into a dash in the home straight and unfortunately for Sea Karats' supporters she was trapped in a pocket when the tempo lifted. Sea Karats met further trouble a furlong out and was forced to switch, but she made giant strides close home and was beaten only a nose and a head at the line. She is entered in the Oaks - a further sign of the regard in which she is held - and while that may come too soon in her development it probably won't be long before she is making a mark at pattern level. William Haggas.

The first division of the mile maiden at Newbury on Sunday, won by Snow Lantern from Derab, looked like the stronger heat but there were still some well-bred, exciting prospects in the other contest. Foxes Tales and Counsel pulled clear, with the former staying on well to edge ahead close home, but it's also worth being positive about the debutant Alfaadhel, who shaped with promise against rivals with the benefit of experience. Alfaadhel fetched 360,000 guineas as a yearling and it's easy to see why as he hails from a good family and impressed on appearance in the parade ring. It was also notable that he had his supporters in the betting and was sent off at 9/2 on debut in a warm contest. His inexperience was evident from the outset as he was slowly into stride, but he was getting the hang of things by the end and appeals as the type to improve markedly with the run under his belt. Roger Varian

Wednesday 19 May Go to full race