My Timeform: Three horses who earned the 'large P' 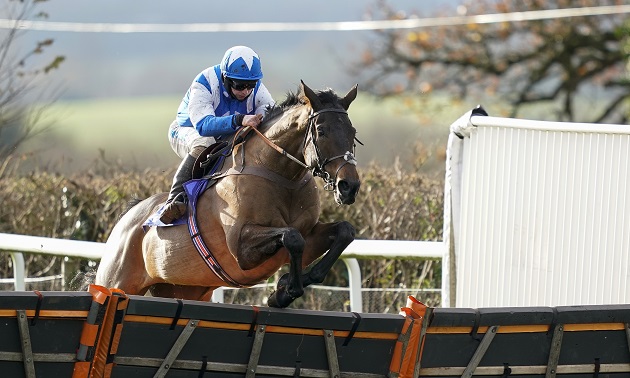 Timeform highlight three exciting novices who earned the Timeform ‘large P’ on their debut over hurdles last week, denoting that they are open to significant improvement.

Cape Gentleman had bolted up in the Irish Cesarewitch on his most recent outing on the Flat - on just his second start for Emmet Mullins - and he created an excellent impression when winning on his hurdles debut at Punchestown in the style of a smart prospect. There wasn't a great deal of depth to the two-and-a-half-mile maiden hurdle, but it was still impressive how Cape Gentleman brushed aside highly regarded ex-pointer Petibonome without needing to come off the bridle. Cape Gentleman wasn't fluent at the fourth-last but he took really well to this new discipline on the whole and is well worth his place at a higher level. He has not yet shown anything like the limit of his ability and his cruising speed will remain a big asset.

You can catch up with today's results and replays here👇

Boothill showed plenty of speed when winning a strong Kempton bumper on his debut under Rules last season, and he clocked a good time in doing so. That effort marked Boothill down as a potentially smart prospect and his performance on his hurdles debut at Taunton last week did nothing to change that view. Boothill looked something special as he coasted to a nine-and-half-length success in division two of the novices' hurdle, jumping well in the main and quickening clear on the bridle. The powerful Boothill clocked a time that compares favourably to that registered by the wide-margin winner of the first division, and he rates a really exciting prospect.

Jack Sharp is a half-brother to the very smart chaser Mister Fisher and he made a promising start to his career when finishing third in a novice hurdle at Doncaster on Saturday. The winner, L'Incorrigible, and the runner-up, Percy's Word, dominated throughout but Jack Sharp fared best of the rest, making eye-catching headway from the rear to finish only three-quarters of a length behind the second. Jack Sharp pulled 17 lengths clear of the fourth home, doing so under a hands-and-heels ride, and that provides an excellent platform from which he can build. He is expected to make significant improvement with this outing under his belt, while his pedigree suggests he will have no problem staying further than two miles (his dam is an unraced half-sister to Frascati Park, who is best known for beating Sprinter Sacre in a maiden hurdle but also showed useful form over three miles).