My Timeform: Three horses who caught the eye at Doncaster 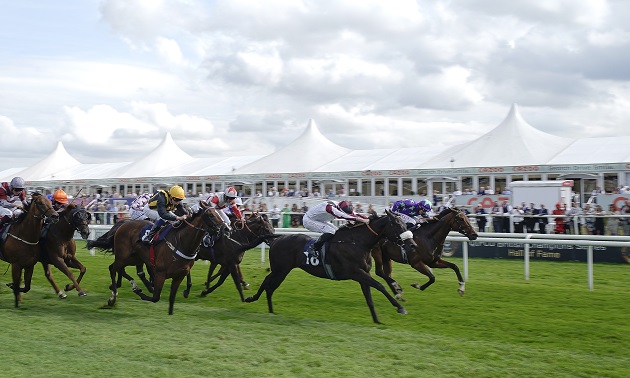 The Leger Legends, a charity race for retired professional jockeys, is for a good cause, but it is rarely a contest that provides a strong piece of form. This year's runner-up, Shining Aitch, will be worth noting when back in more conventional races, however, as he looked unlucky not to score at Doncaster, denied by only a short head after finishing with a flourish. Shining Aitch would have won comfortably with a clear passage and he still nearly pulled it out of the fire, keeping on powerfully after being switched. He arrived at Doncaster in good heart, twice hitting the frame at Newbury after winning at Nottingham, and he is one to be interested in back in handicap company.

Ataser enjoyed a productive campaign as a juvenile, winning on three occasions, including a couple of nurseries at the Ebor meeting and the St Leger Festival. He never threatened when set a stiff task on his reappearance in the Britannia Stakes at Royal Ascot, but, after another break, he produced a much more encouraging effort at Doncaster. Ataser was only fifth but he wasn't beaten far behind some in-form rivals in a race that should work out well. He was unable to go with the principals when the pace lifted but he kept on well inside the final furlong, shaping like a return to a mile will be in his favour. He could yet build on the promise he displayed as a juvenile.

Whenthedealinsdone shed his maiden tag over six furlongs last season but his two wins this term have been achieved over five furlongs, and the way he shaped in the Portland Handicap on Saturday suggests he can win again when returned to the minimum trip. Whenthedealinsdone finished fifth in the Portland, which is run over a trip just in excess of five and a half furlongs, but he looked set to finish third at worst after moving upsides in the final furlong. He was unable to sustain the effort and weakened late on, losing a couple of places close home, but he is worth watching out for when dropping back in trip.