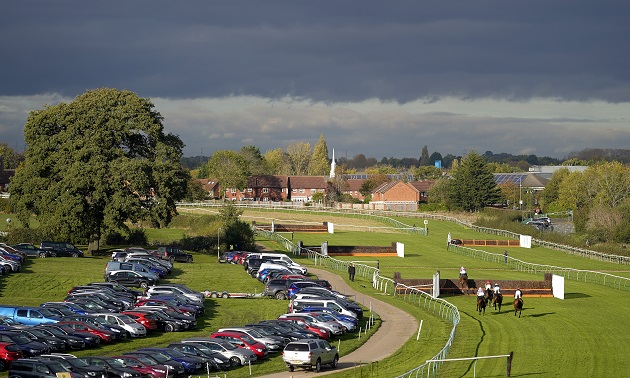 Timeform pick out three handicappers who caught the eye recently.

Shaman du Berlais was slightly disappointing on the face of it when only fourth at Haydock on Saturday but he showed enough to suggest that he's still on a decent mark and is one to be with when stepping back up in trip. Shaman du Berlais had been a big eye-catcher on his previous start in a two-and-a-half mile handicap chase at Chepstow, where he left the impression that he probably would have won had he not gone off so hard. The way he shaped at Chepstow suggested that he had the pace to be effective over two miles but, in the event, he wasn't quick enough to make a significant impact at Haydock, for all he didn't help his chances with a bad mistake at the seventh fence. Shaman du Berlais was headed early in the straight but he stuck to his task well, in the style of one with more to offer over further, and it's worth remembering that he's still unexposed as a chaser after only three starts.

Dhowin jumped superbly and travelled powerfully at Warwick on Sunday, and he looked the likely winner after pressing on at the fifth-last and going clear three out. He was still 11 lengths to the good at the second-last and eight lengths ahead at the final fence, but he tied up on the run-in and was collared near the line, paying the price for making his effort earlier than ideal. The way he jumped and travelled was extremely encouraging, though, and Dhowin can gain compensation if ridden with a bit more restraint.

Good Risk At All, one of the best bumper performers in Britain last season, had finished runner-up on his two previous starts over hurdles, including behind Jonbon, and he was sent off a heavily supported 11/8 favourite on his handicap debut at Warwick on Sunday. He had to settle for second but he left the strong impression that he's a long way ahead of his handicap mark and has a valuable prize in him. Good Risk At All was unsuited by Warwick's sharp track placing so much emphasis on speed, while his inexperience was also evident as he became outpaced on the turn for home and jinked, losing momentum, on the approach to the last. The part to focus on, however, is how powerfully Good Risk At All finished after the final flight, making up around five lengths and only just failing to register what would have been a remarkable success. He should be shaper with this experience under his belt and will be suited by a more galloping track, and the feeling is that he is capable of much better under the right circumstances.