My Timeform: Three exciting horses who earned the 'Large P' 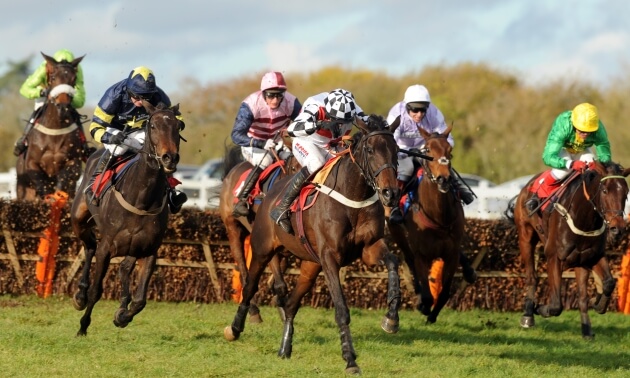 Timeform identify three jumps horses who have recently earned the Large P, indicating that they are capable of achieving a much higher rating.

The Glancing Queen had shown plenty of ability in the bumper sphere, most notably finishing fifth in the 2019 Champion Bumper that was won by Envoi Allen and in which Thyme Hill and Abacadabras hit the frame. The Glancing Queen was only eighth in the latest edition of the Champion Bumper, while she had since been underwhelming on two starts on the Flat, but she got back on track on her hurdling debut at Warwick last week, looking a class above her rivals as she easily brushed them aside to score by eight lengths. That race was contested over two miles and five furlongs, but The Glancing Queen should have no problem dropping back in trip based on how she tanked through the race at Warwick and readily quickened clear when asked. The race was run at just a steady gallop and she was not facing strong opposition, which means it's difficult to take a high view of the form, but the visual impression allied with her bumper form leaves little doubt that she is capable of much better.

Easy does for The Glancing Queen, a talented performer in bumpers last seen at the #CheltenhamFestival, who wins in some style on her hurdling debut at @WarwickRaces pic.twitter.com/BExyLfg86e

Youmdor, a two-time winner on the Flat in France for Freddy Head, had clearly been showing the right signs at home before making his hurdling debut for Willie Mullins as he was sent off the 1/3 favourite at Gowran Park last week. The market confidence was justified as Youmdor made a seamless transition to hurdling, cruising 16 lengths clear after travelling powerfully throughout the contest. That victory earned him a rating of 128P, which is already within touching distance of the standard-setter in the division, Duffle Coat (133p), and he looks capable of raising his game when the situation demands. Youmdor will hold his own if fast-tracked into graded company.

Anythingforlove won both starts in bumpers last season, showing abundant stamina and a likeable attitude to defy a penalty at Catterick on her final start in that sphere. She was only fourth on her hurdles debut at Uttoxeter on Sunday but she was unable to show anything like her true ability after her rider lost his irons following the second flight. It is to Anythingforlove's credit that she managed to complete after experiencing such a significant setback early in the race, and it is hugely encouraging for her future prospects that she was still able to put in such a fluent round of jumping. Anythingforlove is a half-sister to Cheltenham Gold Cup winner Sizing John, so she boasts an excellent pedigree for jumping, and she can build markedly on what was a promising hurdles debut under the circumstances.

Read more about The Timeform Large P and other abbreviations here