My Timeform: Three debutants who caught the eye on the Flat 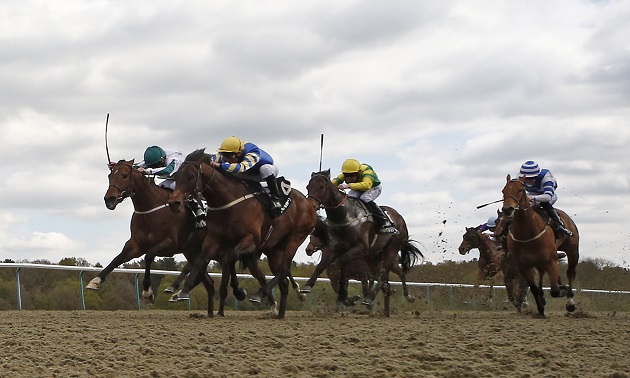 Timeform identify three horses that caught the eye on debut on the all-weather and could be worth following over the coming months.

Liverpool Knight, a half-brother to three winners, including the smart Aljazzi, made plenty of appeal on paper prior to his debut for the powerful John Gosden yard at Wolverhampton in a race that is likely to throw up winners, and he shaped with obvious promise.

A tardy start left Liverpool Knight in a hopeless position in a race that was run at a steady tempo and dominated by those who raced prominently, but the three-year-old son of Golden Horn really got the hang of things late on, clocking a good closing sectional to claim sixth.

The strength he showed at the finish of that novice over the extended mile suggests he will benefit from the step up to a mile and a quarter, while the Timeform ‘large P’ he earned suggests he looks likely to improve significantly for the experience.

Shades of Golden Horn? Kingman colt Alto Volante negotiates stall 12 to win under a masterful @TomMarquand in the Oppenheimer silks for William Haggas at @WolvesRaces 🙌 pic.twitter.com/igbyAuVWJl

Only a small field lined up for the novice Craved contested on his debut at Lingfield, but it was run at a decent enough clip and the form looks worth viewing in a positive light. Craved is bred to be smart – he’s closely related to the three-time Prix de la Foret winner One Master – and he shaped with plenty of promise against more experience rivals on his belated debut, doing good late work in third.

The William Haggas-trained Craved – who failed to make it to the racecourse at two or three – showed his inexperience around the turn for home, but ran on well to chase home a pair who had already shown decent form.

That was a more-than-satisfactory start to his career and, with improvement anticipated, he is certainly one to note.

Cheeky Az made plenty of appeal on pedigree ahead of his debut – his dam is from a smart US family – and he shaped with a fair amount of promise to finish fourth, beaten less than three lengths.

Cheeky Az showed signs of greenness, which is understandable on debut, and also found himself short of room over a furlong out. He was still just about last with a furlong left to run but finished with a flourish once the penny dropped, catching the eye as he kept on for fourth.

Several of the market leaders failed to meet expectations in the race, but it is still form to view positively, with the quartet who filled the frame all having plenty to recommend them on paper. Cheeky Az is sure to improve for the experience, perhaps significantly so, and is one to be interested in for a similar event next time.