My Timeform: Aramax a leading contender for the Fred Winter 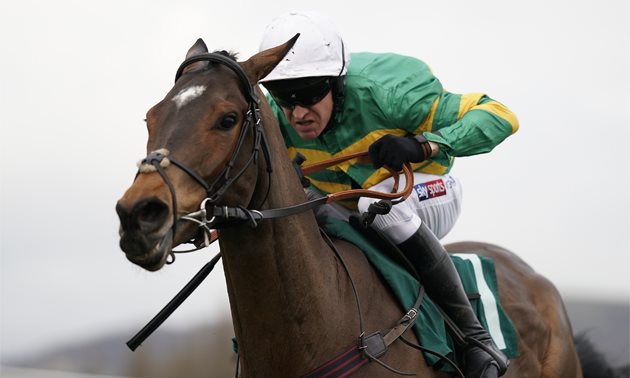 Timeform pick out three eye-catchers from the last week of racing, including an Irish raider whose performance propelled him to the top of the market for a race at the Cheltenham Festival.

Ciel de Neige has been somewhat unlucky not to have shed his maiden tag since shaping with plenty of promise on his debut for Willie Mullins in last year’s Fred Winter. He shaped encouragingly when fourth at Fairyhouse before being unable to justify long odds-on when short of room approaching two out at Limerick on his penultimate start.

The French recruit was supported into favouritism in the Betfair Hurdle at Newbury on Saturday and, though the fall of Lightly Squeezed meant he had fewer challengers coming through the pack, it probably hindered his cause overall as it left him out on his own with nothing on his outside. He looked the likely winner for a long way but, after being left in front at the last, he drifted right over to the near rail and was found wanting slightly as Pic d’Orhy passed him late on.

There is still an element of rawness about him, but he remains open to further improvement and, with previous form at the Cheltenham Festival, he is certainly one to take very seriously if lining up in the Martin Pipe next month.

Champagnesuperover might not have beaten much on his debut, but he did it in a style rarely seen from a debutant, travelling strongly throughout the race before sauntering clear to win by 16 lengths hard held.

He was found wanting for experience in the closing stages in a listed event at Newbury on Saturday, but showed enough in a much more competitive race to confirm himself a useful prospect, making smooth headway at the end of the back straight before edging left and running green late on.

He should come on leaps and bounds for that run and remains a good long-term prospect. It is worth noting that the yard had Brewin’Upastorm finish fourth in the same listed event in 2018 and Olly Murphy could have another exciting prospect on his hands if Champagnesuprover follows a similar path.

Israel Champ (115) is the only British-trained bumper horse to have earned a higher rating this season.

Tremwedge finished down the field in all four of his starts on the Flat when trained by Ellmarie Holden, but left those efforts well behind when third on his hurdling debut at Punchestown in November. Stepped up into a Grade 3 at Fairyhouse on his next outing, he exceeded all expectations to finish third, reaching a level hard to imagine from his uninspiring Flat record.

After switching hands for £80,000, he didn’t quite show the same form as he had in Ireland when seventh at Newbury on Saturday on his first outing for Alan King, but he did catch the eye, finishing with running left under considerate handling.

He is entered in the Triumph Hurdle, but the Boodles Juvenile Hurdle (Fred Winter), or a valuable juvenile handicap at another spring festival seems a more likely target. Either way, he remains open to improvement and is one to keep an eye on in this code.

A winner on his second start in France, Aramax shaped as if in need of the run before departing at the last on his Irish/stable debut in December. He stepped up on that run without setting the world alight when third at Fairyhouse on his penultimate start, but it was his latest outing that confirmed him a leading contender for the most valuable juvenile handicaps this term.

Aramax landed his first race on Irish soil in good style at Naas on Saturday, travelling through the race well before forging clear to win by eight lengths. He still had running left when he hit the line and remains unexposed in this sphere.

Connections initially gave the impression that another similar race would be next on his agenda, but it is worth noting that he was promoted to favouritism for the Boodles Juvenile Hurdle (Fred Winter) following his commanding victory. Both J.P. McManus and Gordon Elliott have been known to target the Fred Winter in the past and they look to have the perfect candidate amongst their ranks if they are looking to do so again this year.