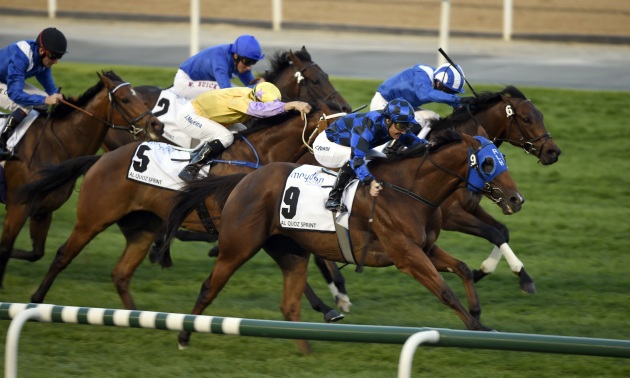 Sitting just 2 lb behind them is a pair of top-class females. The three-year-old filly Enable is the winner of five Group 1 races, including most recently the Qatar Prix de l'Arc de Triomphe, still a way behind--in quantity rather than quality--the much-loved Australian mare Winx, who has extended her unbeaten run to 24 races with another couple of wins since the end of 2017 without improving her Timeform rating. After much speculation that she might be seen at Royal Ascot in 2018 it has been announced that she will be trained with a target of a fourth consecutive Ladbrokes Cox Plate.

Arrogate looked a colt out of the top drawer with a staggering performance in the Dubai World Cup but no more than a shadow of that in three subsequent starts, all at Del Mar. In contrast, the horse who followed him home at Meydan, Gun Runner, did nothing but enhance his reputation in running up a sequence of Grade 1 victories. His 2017 campaign ended with victory in the Breeders' Cup Classic (in which Arrogate was more than six lengths behind in fifth) and he finished his career with success in January's Pegasus World Cup.

This update of the Global Rankings covers horses that ran in 2017.