Topham Handicap Chase: Who are the best jumpers? 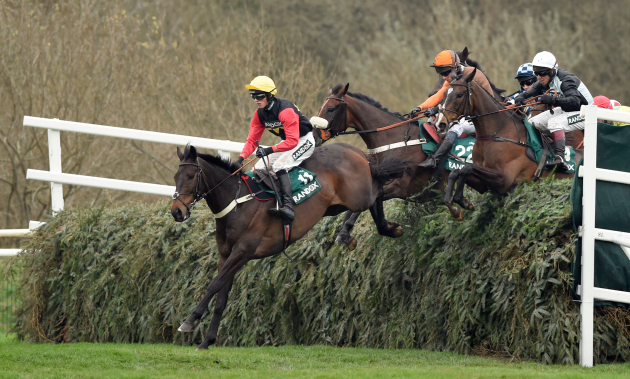 Timeform Analyst Graeme North uses 'jumpability' ratings to identify which horses are worth following in Friday's Topham Handicap Chase over the National fences.

With one of the greatest spectacles in National Hunt racing nearly upon us – huge numbers of chasers in full flight over the unique National fences – now is a fitting time to re-introduce ‘jumpability’ and see if we can use it profitably over the three days of the Randox Health Grand National Festival. For those readers unfamiliar with the concept, ‘jumpability’ is a rating that assesses how well a horse jumps fences, much as a form rating expresses racing merit, and is calculated by utilising ‘good or bad jumping’ data that exists within the Timeform database. The more ‘good jumping data’ the horse has accrued, the higher the rating. These figures are then averaged over the number of starts the horse has had over fences before undergoing a final revision for those who have had limited experience over fences. Those interested in a more thorough explanation will find it here.

By its very nature, ‘jumpability’ should be most useful as a complement to form ratings at tracks where the fences are the stiffest. True, the famed Aintree fences are not what they were, but they still take some jumping and, even taking into account races only since 2016, the course is still the one in Britain and Ireland where by our reckoning the highest percentage of runners are drawn into making mistakes (the Old Course at Cheltenham is next on the list, followed by Fakenham and Ludlow).

The races that interest specifically are the Topham Handicap Chase and the Grand National (which will be dealt with in a separate piece). The top 10 runners on ‘jumpability’ ratings in the Topham are shown below.

So, the top horse on ‘jumpability’ is Caribean Boy. One of only three seven-year-olds in the race and from a yard which has won three of the last seven renewals, Caribean Boy caught the eye behind well-in The Shunter in the Paddy Power Plate at Cheltenham last time in his first experience of a big-field handicap, making up 10 places from the home turn into seventh in a race in which nothing behind managed to get involved. He’s never run over the Aintree fences before, but Timeform describe him as a ‘nimble jumper’ and he handled good ground well at Newbury earlier in the season.

Next in the ratings is Caribean Boy’s stablemate Morning Vicar. He too has a lightly-raced profile over fences and finished out of the places at Cheltenham, though in his defence he looked a non-stayer in the Kim Muir.  That said, his previous Sandown run was disappointing and the Newbury race (on good ground) he won before that hasn’t worked out.

Third on the ratings is Senior Citizen, who ran well when last seen at Newbury last month in the Greatwood Gold Cup after a three-month break. A slightly higher handicap mark makes life a bit harder, but he took to these fences with great verve in the Grand Sefton in November and jumped the last in second before the heavy ground too its toll.

With the hammering the Irish-trained runners gave the home contingent at Cheltenham, it’s no surprise to see two of their five raiders heading the market. None of them feature towards the head of the ‘jumpability’ ratings, but none has a negative jumping profile either. Livelovelaugh was a real eye-catcher in the National back in 2019, jumping very well and travelling strongly before his stamina gave out, and he has been in great form in Ireland lately. Visioman looks to have been laid out for this after a spin over an unsuitable distance over hurdles last time.

Modus has the dubious honour of being the only horse in the field with a negative rating. His two efforts since he has been partnered by Jonjo O’Neill Jr. have seen him jump better, but his Grand Sefton third was very hard work and these quicker conditions are likely to find him out.

It’s not surprising to see Livelovelaugh at the top of the market given he ticks plenty of boxes, but at a longer price Senior Citizen makes as much appeal each-way. He took to these fences like the proverbial duck to water in the Sefton, and the anticipated faster ground will suit him much better. From a yard whose runners are always worth close consideration at this meeting, his latest run will have put him spot on for this.