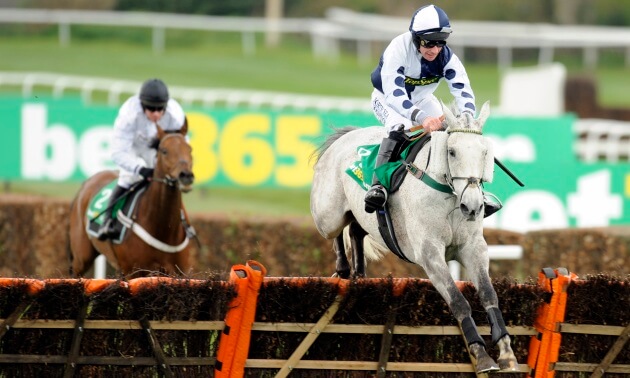 John Ingles looks at the five best performances in the Fighting Fifth Hurdle this century.

The Fighting Fifth was twice won by Sea Pigeon, the best dual-purpose in Timeform’s experience, earlier in its history. As well as also winning two Champion Hurdles, Sea Pigeon was a very smart Flat performer, winning the Ebor under ten stone and twice winning the Chester Cup. The latter race was also won by the thoroughly likeable Overturn who was one of the most successful performers since Sea Pigeon to race both on the Flat and over hurdles. By the time he contested the 2011 Fighting Fifth, Overturn also had a Northumberland Plate to his name on the Flat, while his biggest wins over hurdles included the Scottish Champion Hurdle and the Galway Hurdle.

All heart - eight years ago today, dual-purpose legend Overturn made history by completing the @NewcastleRaces big-race double for the first time when winning the Grade 1 Fighting Fifth to add to his Northumberland Plate win… pic.twitter.com/WQ00hlttFT

More recently, Overturn had been successful under top weight in a quite valuable limited handicap at Perth and had followed up in the Ascot Hurdle just a week before the Fighting Fifth when left clear by the last-flight fall of Oscar Whisky. Overturn was sent off a well-backed 7/4 with the 2010 Champion Hurdle winner Binocular, beaten at odds on in the last two Fighting Fifths, favourite at 5/4. With the only other serious challenger in the five-runner field, Celestial Halo, running below form, and Binocular again shaping as if needing the run, the race-fit Overturn made the running as usual and ran out the four and a half length winner from Binocular. He finished in front of Binocular again later in the season when runner-up to Rock On Ruby in the Champion Hurdle.

No fewer than five of the seven runners for the 2009 Fighting Fifth made the trip from Ireland, with much the shortest-priced of the quintet being Solwhit after a hugely impressive win in the Morgiana Hurdle at Punchestown less than a fortnight earlier. The betting made it a virtual match between leading Champion Hurdle hopes Solwhit (15/8) and Binocular (4/5) who was making his first start since finishing a close third in the latest Champion Hurdle. Go Native had won the Supreme Novices’ at the Festival that spring, but had enjoyed mixed fortunes since then, impressing on his return at Tipperary but then finishing tamely when beaten at Down Royal, and was sent off at 25/1 as a result.

With the former Champion Hurdle winner Sublimity also in the field, it looked a top-notch renewal beforehand, but the race was run at little more than a crawl until the home turn before developing into a dash up the home straight. Go Native had already shown in the Supreme that he had a good turn of foot, and it proved most effective again at Newcastle. Shaken up between the last two flights, Go Native quickened to win cosily by two and a half lengths from Sublimity in an all-Irish finish in which Solwhit took third place. Binocular was only fifth. Although the form looked questionable, Go Native beat Binocular again when following up a month later in the Christmas Hurdle at Kempton.

Go Native’s trainer Noel Meade followed a familiar path with that horse as he had already won the Fighting Fifth twice by then with the quirky but talented Harchibald. Many will remember Harchibald best for his defeat in the 2005 Champion Hurdle which he somehow managed to lose after looking to be full of running on the run-in, but he had been an impressive winner of the Fighting Fifth earlier that same season. When he went back to Newcastle in 2007, Harchibald had gone nearly two years since his last success, though his trainer had taken advantage of the new all-weather track at Dundalk to get a recent prep run into him on the Flat. The other leading Irish contender was Al Eile, winner of the Aintree Hurdle for the second time in the spring, but the 5/4 favourite was four-year-old Katchit, the Triumph Hurdle winner taking on older hurdlers for the first time.

Harchibald was on his best behaviour on this occasion and responded well for Paul Carberry when pushed along after cruising into contention from well off a not particularly strong pace. Jumping the last upsides Al Eile and Katchit who hit that flight, Harchibald went on to win by a length and three quarters and a length and a half from that pair, the three of them clear of the rest. Typically, though, Harchibald followed that with a narrow odds-on defeat at the hands of Straw Bear in the Christmas Hurdle on his next start and trailed home a long way behind Katchit in the Champion Hurdle later in the season.

The year before Overturn won the Fighting Fifth, his owner Tim Leslie and trainer Donald McCain had been successful in the race with Peddlers Cross. But not at Newcastle where the meeting was abandoned. The 2010 Fighting Fifth was run on Newbury’s Hennessy Gold Cup card instead and pitted the still unbeaten Peddlers Cross against 5/6 favourite Binocular who was returning to action for the first time since winning the previous season’s Champion Hurdle. Peddlers Cross had won at the Cheltenham Festival too, in the Neptune, and had then made it four out of four over hurdles in the Mersey Novices’ at Aintree.

A field of just five lined up for the rearranged race at Newbury with rank outsider Bygones of Brid setting the pace. Things only really began to develop from three out, and with Binocular travelling strongly but having no more to give after getting upsides at the last, Peddlers Cross, who jumped fluently and went with enthusiasm throughout, found extra when challenged to run out the winner by a length and a quarter. Binocular was only third in the end, but the form was given a solid look by the Champion Hurdle fifth Starluck finishing in second. Peddlers Cross was still unbeaten when he lined up for that season’s Champion Hurdle but finally met his match in one of the best winners of the race this century Hurricane Fly.

The lightly-raced Identity Thief couldn’t boast the strongest of CVs when he took his chance as a 6/1 shot in the 2015 Fighting Fifth. His only wins the previous season had come in a bumper and a maiden hurdle, but a smart effort when making all in the Grade 2 WKD Hurdle at Down Royal three weeks beforehand encouraged connections to make a supplementary entry for him. Ahead of him in the betting in a field of seven were the previous season’s winner Irving and fellow Irish challenger Wicklow Brave who had won the County Hurdle on his last visit to Britain, that pair starting the 2/1 joint favourites, with the Triumph Hurdle runner-up Top Notch on 9/2.

It was Top Notch who proved Identity Thief’s chief rival as the pair dominated throughout, swapping the lead several times. Identity Thief led until the fifth where Top Notch went on before Identity Thief edged ahead again before the last. A less than fluent jump there handed the advantage back to Top Notch only for Identity Thief to find plenty on the run-in and get back up for a neck win. The pair finished ten lengths clear of Wicklow Brave in third, with Irving never looking like repeating his 2014 win and beating only one home. Identity Thief was a below-form sixth in that season’s Champion Hurdle but ran a better race when fourth in the same contest two years later.