Strategies for success: why older horses will struggle against three-year-olds in handicaps 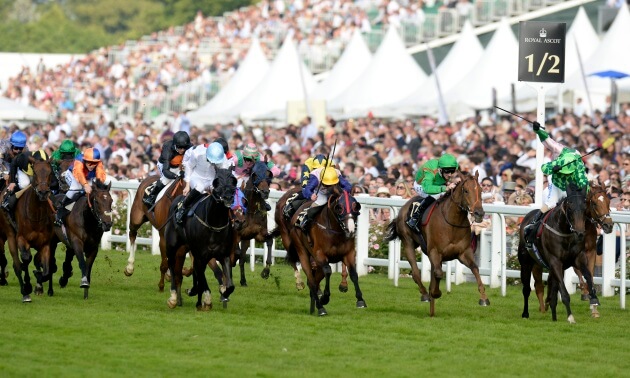 Timeform senior racing analyst Pat Jupp outlines why three-year-old handicappers may be at an advantage when racing resumes.

Backing three-year-olds against older horses in all-aged handicaps has long been one of the accepted betting strategies in a punter’s armoury, so with the return of racing around the corner now is a good time to delve a bit deeper into the figures and assess the merit of this approach, and also discuss what knock-on effects may materialise following the disruption caused by COVID-19.

First of all, the answer is yes, this approach does have merit. In certain circumstances.

Over the past five years had you backed three-year-olds blind in all-aged handicaps up to nine furlongs you would have shown a hefty level-stakes loss (using Betfair Starting Price). However, it’s a very different picture when you get to trips in excess of nine furlongs – using BSP you’d have shown a level-stake profit nudging towards £300. Other metrics also confirm how well this group perform, with percentage of rivals beaten averaging around 56%. Obviously, we are dealing with broad brushstrokes and there will always be exceptions, but these figures do provide a good rule of thumb for the type of race in which three-year-olds will be of particular interest.

There are several reasons why this age group performs better than their elders. Historically, the weight-for-age scale was one of them. This is an allowance worked out on a sliding scale which takes into account a horse’s age, the race distance and time of year, and is designed to account for differing levels of maturity among each age group by giving a weight allowance to the younger runners, which decreases as the season progresses and they are deemed to be approaching physical maturity. The scale was tweaked in 2017 to try and level the playing field and give older horses more of a chance but it’s a bias that is still apparent. This is because there are other compelling arguments for siding with the younger brigade, aside from a weights-and-measures standpoint.

As a rule, the three-year-olds have had fewer races than their older counterparts, which means the handicapper has less to go on in the first place and, more importantly, as the season develops they get the chance to tackle longer trips for the first time.

This is often one of the main angles ‘in’ to a race. When you see stoutly-bred horses who has been handicapped on form shown at shorter distances, they are immediately of more interest than most when upped to a trip in keeping with their pedigree, their potential for improvement far more obvious than those who have been contesting similar events for a while.

Another thing to consider is the strength of three-year-old only handicaps, especially in the early part of the season. For reasons touched upon earlier they tend to be highly competitive affairs, containing plenty of unexposed types, and are often a rich source of future winners, so a switch from those events to all-aged affairs can help show a seemingly averagely weighted three-year-old in a more favourable light.

So how will all this affect the truncated 2020 turf season?

In response to the lack of opportunities to race, a relaxation of normal protocols has taken place, with horses becoming eligible for handicaps if they finish in the first six on both of their first two starts. This is a sensible approach by the authorities, with connections sure to be scrambling to get runs into their horses once racing resumes, but it will also present extra opportunities for shrewd operations to work the situation to their advantage.

A couple of runs in hot early-season maidens/minor events may now be enough to earn a rating, whilst merely scratching the surface of any latent ability a given horse may possess. One scenario that could unfold as the summer programme progresses is that we’ll see even more unexposed three-year-olds than usual mopping up everyday handicaps. Either way, don’t expect to the see the profit/loss figures for three-year-olds in all-aged handicaps to go down when racing resumes.

Horses to be wary of this season