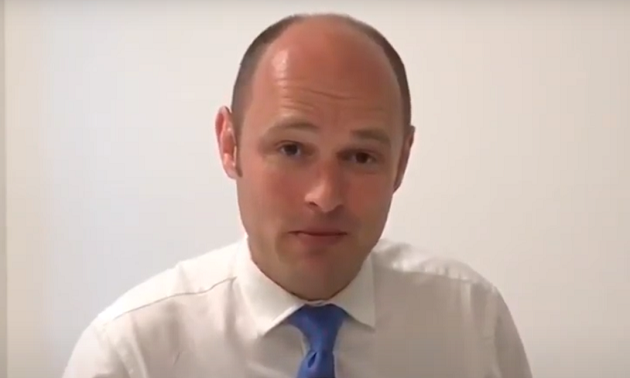 Team leader within the British Horseracing Authority handicapping team, responsible for handicapping of two-year-olds, and three-year-old-plus at short of a mile.

What did you do immediately before joining Timeform?

I’d graduated from the University of Hull with an Economics degree but was back working in my local betting shop chain until the Timeform opportunity came up. I’d done work experience at Timeform the previous September and been like a kid spending three days in a chocolate factory! Timeform was all I wanted to do after that, and I was kept going through the winter by a free subscription to Perspective and the promise of the next job that came up.

What was your first role at Timeform?

Writing short comments on the Flat. Richard O’Brien was responsible for training me and Andrew Mealor, another who’s since joined the BHA handicapping team. Richard was, and is, a fantastic punter who had a real knack for uncovering long-priced winners and he was great to learn from.

There’s a hell of a lot to learn about horse racing. What has stuck with you most about what you learnt during your Timeform years?

I spent seven years at Timeform and felt I was still learning for much of that, as while I brought a good knowledge of racing it was something of a standing start for me analytically. There was a time around a year in when I wasn’t progressing, and the then office manager Simon Walker was brilliant with me, moving me to a desk next to his and putting loads of time and effort into getting me where I needed to be. That desk is probably the most discussed of all in Timeform folklore as the MD’s office looks straight on to it, but I’m told my time sat there was nothing like as daunting as in the days of Phil Bull!

The Timeform ethos has always been to believe your eyes and not your ears. That obviously takes time to embrace fully as you need to learn the skills to draw the right conclusions, but there’s an awful lot of misplaced hype in racing so if you put the work in you’ve always got a chance.

There’s pluses and minuses with moving to a new town, what are your lasting memories about your time living in Halifax?

Timeform was a fantastic place to work. It was full of single lads, many in their 20s, who had similar interests and were really committed to our work. I shared a house with three colleagues for my first six years and, while there was something of a revolving door, they included Jamie Lynch, Andrew Sheret, Mark Dwyer (Chris Dwyer’s’ son), Andrew Mealor and Mark Powell-Bevan. We had Matt Taylor, who’s a legendary punter, just over the road and Dan Barber and David Johnson were a few doors up, and they played host to Kevin Blake for a brief period. Our place was filthy but also dirt cheap.

There was plenty of night life and real ale and Friday was always a big one straight from work, and going right through until the town shut down.

There was a pretty good sports scene too. We played in 5-a-side leagues on both a lunchtime and a Thursday night, where one or two of the guys had a habit of getting a bit too enthusiastic in the heat of battle! Simon Walker introduced me to golf within a few months of starting and there’s always a lot of keen golfers around the firm - the annual golf day which brings together 20 or more current and former employees is still a season-defining target! I also played a bit of squash and took no shortage of satisfaction from avenging a previous defeat to Graeme North, who gets a distinction for his trash talk!

Thinking back, what was the job you enjoyed doing most while you were at Timeform?

The job of racecourse reporter might be the best role I ever have. It was everything I wanted from a job and had been my aim since before I started. I was given a car and sent to pretty much every big meeting in Britain, primarily to analyse the best races and those with lightly raced horses. I learned loads doing that and the friends and contacts I made in the press rooms up and down the country are something I treasure. It was incredibly long hours, though. I knew that it wasn’t a family man’s job (I was beginning to settle down), and there wasn’t a role at Timeform that I wanted to do nearly as much as that, so that played a major part in my decision to move on.

What was your final role at Timeform?

My last winter at Timeform was spent editing Perspective, in part to give me a rest from the travelling. The plan was for me to get back on the road for the Flat season, but I left before then.

What was the first job you had after leaving Timeform?

I went straight from Timeform into the BHA handicapping team.

I look forward to so many for varying reasons. The Cheltenham Festival is my clear favourite over jumps. At a slightly lesser level I love Charlie Hall day at Wetherby for a family experience, Kelso is a charming track and has a real buzz when a Champion Hurdle contender makes the journey North for the Morebattle, and there’s always a fantastic atmosphere at the Welsh National.

Flat-wise I love the racing at Newmarket and most days at York, but Glorious Goodwood was always my absolute favourite to attend for the all-round experience. Saying that, it’s 10 years since I was last there!

Best race seen live and why?

Sprinter Sacre’s second Champion Chase was incredible; Frankel was imperious in the Juddmonte; and Ouija Board/Alexander Goldrun in the Nassau was one of the most enthralling battles you’ll ever see.

Horse you have fondest memories of and why?

I loved Halling when I was in my teens. I saw him win two Juddmontes in brilliant fashion and his Cambridgeshire success (and that of Pasternak) is part of the reason that’s one of my favourite races. I also had a major soft spot for Sea The Stars. His Guineas and Derby were the only times I covered those races for Timeform and I’ll always remember his incredible presence – he stood out a mile in the parade ring on Guineas day. He was big, handsome, and always gleaming in condition. He was the consummate professional, too.

Whereas many boys watch football with their Dad it was always racing in our house. My Grandad had been a bookmaker briefly and owned shares in three horses before I came along, so it had been that way for Dad and my upbringing would be just the same. Teenoso was about the first horse I remember, and I think I’d just turned three when he won his King George.

Give us a successful horse you spotted early on their route to the top?

I’d be pretty poor at my job if I hadn’t spotted a few in all the years I’ve been specialising in two-year-olds! I was fairly quick to latch on to Dar Re Mi when she was beaten on debut, and always thought Barney Roy was special after he’d powered away in a Haydock maiden – I was surprised there wasn’t much buzz around him until after he’d won the Greenham.

The one that got away was Different League when she won the Albany. I probably got to her before most when looking into her wins in the French provinces and, even though it was hard to know what she’d beaten, she’d been set quite a test tactically second time and overcame it with flying colours. I was amazed when she was put it at 100/1 early in the week. Obviously, BHA handicappers aren’t allowed to bet and it’s not something I miss at all, but that was one occasion where I wished things had been different.

Give us a horse you thought was going to reach the top but never quite made it?

I loved Rahiyah when she was beaten at Glorious Goodwood on her debut. I quickly backed her for the Guineas, but she found Finsceal Beo far too good in the Rockfel and then took in the French Guineas instead, where she finished third. She lost her way after that.

I also thought Luca Cumani’s Manipulate was a red-hot prospect for handicaps after three starts in maidens as a three-year-old. I made sure he was included in the Timeform 50 to Follow for the following year only to see him bomb out badly in two handicaps before being sold relatively cheaply to go abroad. That was back in 2007 but his name’s still etched in my memory.

What factor/factors do you think punters place too much emphasis on?

What one piece of advice would you give to someone analysing a horserace?

There are no short cuts. I place a large emphasis on time analysis – speed figures contextualised by sectionals – to understand the examination a race provided and any tactical biases therein. Even then there’s no substitute for poring over the video of a race to understand each horse’s performance in the context of everything you’d known about them previously.

Give us a Horse To Follow for when we are all back up and running?

A couple of darker horses I think are worth following are Via de Vega and Hukum. Both overcame poor positions to win two-year-old novices and should make into pattern-class colts.

Via de Vega made up over six lengths on a quickening rival who’s now rated 87 at Sandown. He was then tried in the Group 1 Criterium de Saint-Cloud but I’d have no problem forgiving that flop in gruelling conditions upped to a mile and a quarter. It wouldn’t worry me at all if he was returned to a mile.

Hukum was shuffled back to a seemingly hopeless position at Kempton and he too was about the only one to make any real inroads. He came under a hard ride to get there but was impressive all the same, particularly considering the runner-up did well subsequently in Dubai and is now rated 97. He’s by Sea The Stars and I think he could be going under the radar as he embarks on Derby trials.