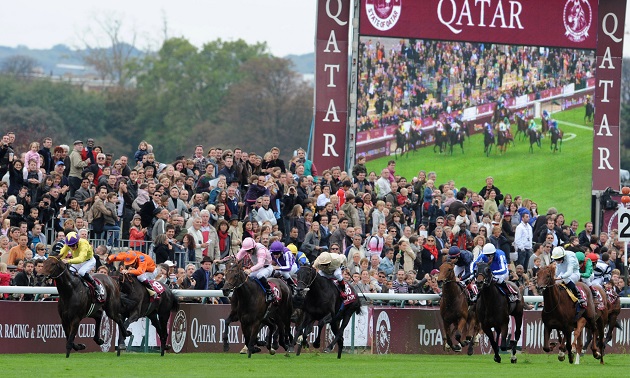 In a new series of articles, Timeform revisit some of the most iconic races of the 2000s. Here we take a look at Sea The Stars' iconic victory in the 2009 Prix de L'Arc de Triomphe.

Sea The Stars had carried all before him during his classic campaign, winning the 2000 Guineas on his reappearance before becoming the first horse since Nashwan in 1989 to also win the Derby.

Already at the top of an above average three-year-old tree, he took his form to new heights by beating his elders in a thrilling edition of the Eclipse, and he then went on to notch his fourth Group 1 of the campaign the Juddmonte International at York.

What a battle! Sea The Stars was forced to pull out all the stops to defeat Rip Van Winkle in the 2009 Coral-Eclipse 💪#IconicMoments #RacingTVFlashback pic.twitter.com/mTS5Tr6uGU

The pre-race focus understandably centred around Sea The Stars and his bid to extend his remarkable winning sequence at the highest level. That didn’t stop 18 rivals taking him on, making it one of the largest Arc fields in recent years, but it did seem more a case of quantity rather than quality, with a good third of the field either makeweights or pacemakers, the lure of six-figure prizes down to fifth place too much to refuse for many owners.

Sea The Stars had already secured his place among the best horses in Timeform’s experience, and it was always unlikely that he would need to match, let alone exceed, the sort of performance he had put up in the Eclipse or the Irish Champion Stakes to prevail, particularly given he had cosily beaten the pair the market considered his main rivals, Fame And Glory and Conduit.

The race was far from plain sailing for Sea The Stars, however, as, after breaking well, he took a strong hold and was fighting for his head before eventually settling down about halfway down the main field towards the inside.

As they made the turn for home, pacemaker Set Sail was still a long way in front, with his nearest pursuer, Grand Ducal, himself clear of the remainder of the pack. Sea The Stars still had plenty to do and looked in danger of being crowded out as Getaway made a move to come up his inner, and even after edging his way past that rival Mick Kinane had to steer his mount around the weakening pacemakers.

A thrilling finish was to ensue, with Sea The Stars needing to show all his class to secure a passage, quickening between the leaders and producing a decisive turn of foot that saw him assert a furlong from home. He was well on top inside the final furlong and was eased down to eventually win by two lengths.

It gets no better than this! Sea The Stars - 2009 Qatar Prix de l'Arc de Triomphe 🙌 pic.twitter.com/tSSlJD6oWo

This was not a vintage Arc line-up, and a two-length beating of Youmzain didn’t make Sea The Stars’ performance stand out in terms of bare form. However, once again, Sea The Stars had come through the test with flying colours, capping a faultless campaign and securing his legacy as an all-time great.

Following victory in the Arc, Sea The Stars’ connections faced a difficult decision regarding his participation in the Breeders’ Cup Classic. Victory in North America’s richest race would have been a real feather in his cap, particularly considering Dancing Brave, with whom Sea The Stars had been compared, found the American showpiece a race too far, but it was however decided that Sea The Stars would not make the trip to America and would instead be retired to stud.

Since then Sea The Stars has sired a total of 12 Group 1 winners and counting, including 2016 Derby winner Harzand.