Four jumpers who didn't get the chance to fulfil their potential 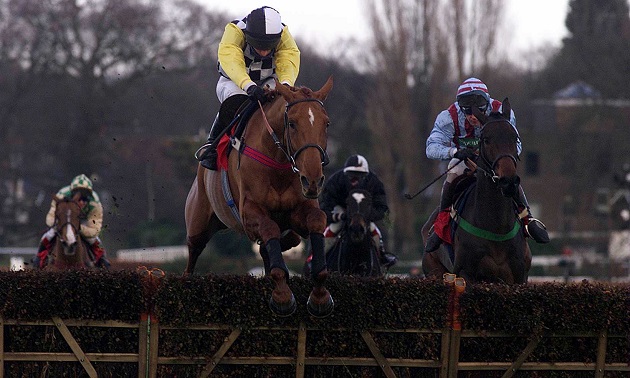 Timeform look back at four National Hunt horses who possessed extraordinary ability but didn't get the opportunity to show the full extent of their talent.

The Edward O’Grady-trained Golden Cygnet ranks highly among the best hurdlers in Timeform’s experience with a rating of 176. That’s a very high level of achievement, all the more so as he gained it in his novice season, which begs the question of what he might have gone on to do. Golden Cygnet had already won all four of his starts over hurdles in Ireland when he landed the odds in the 1978 Supreme Novices’ Hurdle by fifteen lengths, and then extended his unbeaten record to six at Fairyhouse.

However, it was his final start of the season in the Scottish Champion Hurdle, taking on some of the top performers in what was a golden era of hurdling, that earned Golden Cygnet his lofty rating. With rivals that included that season’s Champion Hurdle runner-up Sea Pigeon and the former dual winner of the Champion Hurdle Night Nurse, Golden Cygnet looked the likely winner when challenging Night Nurse at the last only to fall heavily. Sea Pigeon, from whom Golden Cygnet was getting just 1 lb in weight, got up to win but sadly Golden Cygnet succumbed two days later to an injury sustained in the fall.

The big, rangy French Holly was one of the best jumpers trained by the late Ferdy Murphy, and while he proved to be a top-class hurdler, he never got to fulfil his potential over fences. French Holly enjoyed an unbeaten campaign as a novice with five wins that included the Tolworth at Sandown and what is now the Ballymore at the Cheltenham Festival. The following season he won the Christmas Hurdle at Kempton but was unfortunate to be around in the same era as the brilliant Istabraq.

He was placed behind that rival on his next three starts, finishing second to him in the AIG Europe Champion Hurdle at Leopardstown, third in the Champion Hurdle at Cheltenham, and second again in the Aintree Hurdle. Later that season he was sent to France for what was then a rare win for a British-trained jumper at Auteuil in the Prix La Barka. French Holly had always looked a chaser in the making and he duly made an impressive start over the larger obstacles at Wetherby in October 1999 but, tragically, that proved his final outing as he was killed in a schooling accident the following month.

Twenty years before Envoi Allen completed the same double at this year’s Cheltenham Festival, the Mark Pitman-trained Monsignor won the Royal & Sunalliance Novices’ Hurdle (now the Ballymore) a year after also winning the Champion Bumper. Once switched to hurdles, he remained unbeaten through his novice season with six wins that included a beating of the future triple Gold Cup winner Best Mate in the Tolworth Hurdle at Sandown and future Grand National winner Bindaree in the Persian War Novices’ Hurdle, run that season at Uttoxeter.

Despite firmer ground at Cheltenham and a race run at a furious pace, Monsignor put up another flawless display to win by eight lengths. Monsignor was very much a chaser on looks, with his trainer seeing him as a future Gold Cup winner. But a tendon injury meant that Monsignor never raced again, though it wasn’t until 2006 that he was eventually retired to become an equine ambassador for a rehoming charity for ex-racehorses. In that capacity, he was ridden by Frankie Dettori around Ascot carrying the Olympic torch in 2012.

French import Gloria Victis had just five starts for Martin Pipe, earning a top-class rating of 172, though his death at the age of six left questions unanswered about how far he might have gone over fences. He made a winning start for Pipe at Newbury and added to that with a spectacular round of jumping to win the Feltham Novices’ Chase at Kempton. Even more impressive was his return to Kempton for the Racing Post Chase in which he carried top weight of 11-10 in a strong field of seasoned handicappers, seven others being last-time-out winners. Gloria Victis made virtually all, jumping superbly and keeping up a strong gallop to win by ten lengths from Marlborough.

That stunning performance earned Gloria Victis a place in the Cheltenham Gold Cup for which he started fourth favourite. Adopting similar tactics to those that had worked so well previously, Gloria Victis was in the process of running a fine race and had just been headed when falling at the second-last, sadly with fatal consequences. There was controversy after the event about whether he should have been kept to novice company instead, but horses with less experience over fences have won Gold Cups.