Form to follow: Two novice chases that could throw up winners 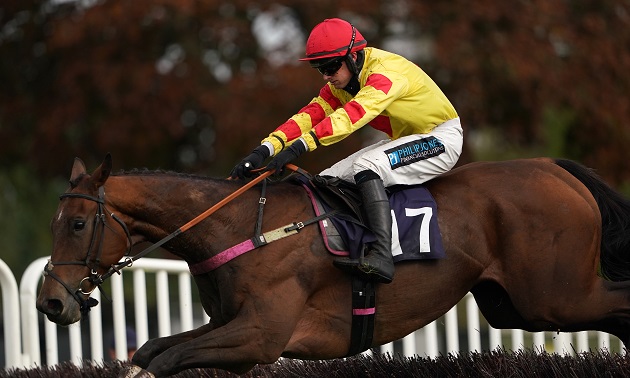 Timeform highlight two races from the past week that could prove potentially significant form in the future.

Carlisle is no stranger to a warm novices’ handicap, and this race has established itself as one of the go-to events for newcomers to this code at this stage of the season, last year’s renewal featuring subsequent Henry VII Novices’ Chase winner Espirit du Large, who also contested the Arkle.

This year’s renewal saw more than half the field still holding some hope after the last, with Flegmatik (132) belying any temperament doubts as he stayed on to get the better of his rivals in a clustered finish. His next run ought to reveal whether he’s truly a different proposition now chasing, but there are plenty of other interesting propositions to come out of this contest.

The winner included, seven of the eleven runners in this race were making their chasing debut, and the majority made a promising start to their careers in this sphere.

Whoshotthesheriff (136p) created a good impression on his first start over fences, dropped back to two miles and seeing things out far better, making his effort when not fluent at the last but keeping on well for second. He is sure to progress and win races in this sphere, especially when Philip Kirby’s yard hit full flight.

Back On The Lash (135), who was racing from 10 lb higher than when winning a Cheltenham handicap hurdle last winter, ran about as well as could have been expected, probably just improving generally but certainly taking well to fences. He looks one to keep an eye on, as does Baron de Midleton (124p), a progressive hurdler who showed plenty to work on switched to fences after seven months off.

The horse that caught the eye the most, however, was the Jonjo O’Neill-trained Garry Clermont (135p). After a good season over hurdles last term, Garry Clermont shaped well on his chasing debut, and was perhaps unlucky not to have won, never mind finish closer. He travelled typically well and was making good progress on the home turn, closing to under a length down when a mistake two out put paid to his chances of winning. He is open to further improvement and is one to note for something similar.

Jockey @JJONeillJnr performs miracles to finish fifth aboard Garry Clermont, but it's Flegmatik who lands the honours in this good handicap chase for the novices at @CarlisleRaces @DSkeltonRacing pic.twitter.com/1uernkGqLH

Fitness was definitely an issue in this race, none of the field having run since March, which may go some way to explaining the steady pace, but it looked a race full of interesting chasing prospects before the off, and there is every reason to think it is a race that will throw up winners.

The tempo lifted in the straight leaving those in the back half of the field with little chance, but take nothing away from Demachine (130p), who ran to a useful level to make a successful debut over fences.

The winner will undoubtedly improve and is well up to winning more races, but he is not the only horse to come out of this race with the potential for further progress, with each of the next seven home all earning a Timeform small ‘p’ for their performance.

Morning Vicar (129p), who had shaped well until falling on his chase debut last term, fully confirmed the promise of that effort on his first start of the year, plenty to like about the way he did things.

The most eye-catching runner, however, was Young Bull (133p). A winner of three of his five starts over hurdles last term, Young Bull looks set to do even better over fences, and he ran to a useful level on his first outing over the larger obstacles. He is more of a stayer than the pair who finished ahead of him, and he was just caught out when the tempo lifted, but he is sure to improve for this run and is potentially the most interesting horse to come out of this contest.

It could pay to take heed of those who finished outside the places as well, with Northofthewall (129p), Checkitout (116p), Alright Jack (109p), and Minella Bobo (109p) all making encouraging starts to life over fences, while Mac Tottie (113p) and Mahlervous (130) both did well to finish where they did coming from off the pace.