Five jockeys who impressed during the 19/20 jumps season 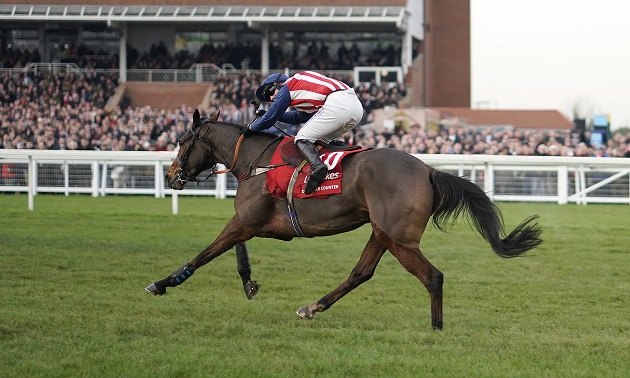 You obviously need the right sort of horse to win a Grand National but having a rider suited to the demands of Aintree also helps, and it’s probably no fluke that Ryan Mania – a positive jockey who excels at getting chasers into a good jumping rhythm – was successful in the race aboard Auroras Encore on his very first ride over the National fences back in 2013. Mania hung up his riding boots not long after due to weight issues but has shown this season that he’s still got plenty to offer as a jockey, particularly over fences, operating at a 27.3% strike-rate (12 from 44) in all chases in 2019/20 and unlocking career-best efforts from several of those rides with typically positive tactics (Mania is more than twice as likely to make the running than the average jockey), which is perhaps an even bigger advantage when racing in smaller fields up North. It was interesting to see him link up with Sue Smith – trainer of Auroras Encore – for the first time since his return to action when taking the ride on Vintage Clouds in the Ultima at Cheltenham and he should have plenty more success next season.

Fergus Gillard owes three of his 13 wins this season (from just 59 rides, a strike-rate of 22%) to the rapidly progressive hurdler Main Fact, who recorded a remarkable five-timer at Uttoxeter in mid-March, but the young amateur, based with David Pipe, has created a big impression on plenty of other horses, too. Gillard’s first link-up with the useful (but tricky) Nordic Combined yielded a career-best effort and first win over hurdles for that horse, and that was also the case when he took over on Dusky Hercules at Exeter back in December. Though his first ride under National Hunt Rules only came in October 2018, Gillard has already displayed he’s got a cool head on his shoulders, his winning ride on Paricolour at Sedgefield in November, where he resisted the temptation to commit his mount too soon as the leaders pressed on at the end of the back straight, standing out in that regard.

Jack Tudor doesn’t leap off the page in terms of bare statistics in the 2019/20 season. Even when just focusing on ‘fancied’ runners (SP of 10/1 or shorter), there are plenty of other riders who can boast a better strike-rate (19.3%, 17 from 88) and RTF (40.9%), but we are only dealing with a small sample size and the suspicion is that those figures undersell his ability quite markedly. Tudor announced himself on the big stage with a smooth success on Potters Corner in the Welsh Grand National over Christmas, always having his mount perfectly positioned just in behind the leaders in a steadily-run contest, but he showed a completely different side to his game when conjuring an astounding late rally out of the laboured Buster Edwards at Haydock three days later. He’s still only 17 and seems sure to have a very bright future, his partnership with up-and-coming trainer Christian Williams likely to prove highly beneficial for both parties in the coming seasons.

Buster Edwards with Jack Tudor on board saw €339 traded in-running hitting a ceiling price of 1000 where they looked the unlikely winner at Haydock...but look at this finish pic.twitter.com/Wzk7uR4aYE

It feels like a long time ago now but we are technically still in the same season as Ben Jones’ breakthrough victory in front of the ITV cameras on Gumball in a listed handicap at Ascot in early-November, though that success was certainly no shock to followers of midweek jumps racing, the jockey having announced himself at a lower level a few weeks earlier with a treble on a Tuesday at Hereford. Another Saturday winner came the following weekend via Misty Bloom at Wincanton before his season arguably peaked aboard De Rasher Counter in the Ladbrokes Trophy at Newbury, his confidence in the saddle plain for all to see. The first of those three prime-time victories came for his boss Philip Hobbs but Jones is clearly well connected and has had plenty of rides for other yards looking to utilise his claim. He’s got an impressive 22.5% strike-rate in handicaps (34 from 151) and has an impact value of 2.1 (more than twice as many winners as could have been expected) in those races.

He nearly faded, but just holds on!

What a day of racing we are having - who is enjoying this? 😍#ITVRacing pic.twitter.com/jXveGpsqBG

The most obvious name on this list, but it’s well worth taking a moment to appreciate how good Nico de Boinville is. Yes, he rides a lot of horses who have very good chances, often trained by Nicky Henderson and sent off at cramped odds in novice/maiden events, but his stats suggest that he takes full advantage of those openings, coming out top in terms of impact value (1.88) compared to the other ‘big’ jockeys in Britain (those taking 100 or more rides in the current season). One of the areas where De Boinville excels is track positioning. Unlike some of his peers, De Boinville seems well aware where the ‘best’ of the ground is and isn’t afraid to explore wider/narrower passages than the rest of the pack, a valuable edge in the depths of winter at certain tracks over hurdles.