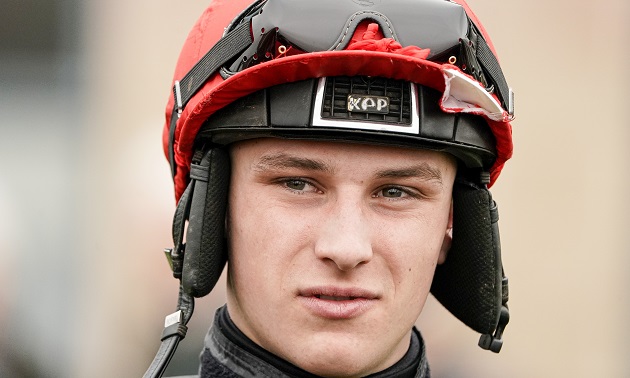 Timeform identify four conditional jockeys worth keeping an eye on this season.

Eoin Walsh’s first winner came aboard Calicojack at Down Royal in May 2019, marking a significant day for this young jockey from Cork as he opened his account on just his second ride under Rules.

Noel Meade provided Walsh with 14 of his 17 winners last season, the most notable of which must be Cap York, who Walsh rode to victory in the Leinster National, showing plenty of strength to keep his mount up to his task as he stayed on well on the run-in, edging ahead in the final 50 yards.

Walsh showcased his ability at the Cheltenham Festival, getting good tunes out of Tout Est Permis in the Pertemps Final and Snow Falcon in the Brown Advisory & Merriebelle Stable Plate, before unfortunately coming down at the last on Column of Fire in the Martin Pipe, looking the most likely winner at the time.

That did not deter him, however, as he bounced back with victory at Navan the following day, landing the spoils aboard Barbary Master.

Walsh’s talents in the saddle have clearly not gone unnoticed, as he's already had more rides this season than he did last, riding 10 winners. His main stable is Noel Meade, though he has started picking up rides from plenty of other trainers this term. He looks really good value for his 5 lb claim and should be winning plenty more races in 2020/21.

Conor McNamara has racing in his blood; his father Eric is a successful trainer, while his brother Emmet landed this year’s Derby aboard the Aidan O’Brien-trained Serpentine. After a failed spell riding on the Flat, Conor turned his hand to National Hunt racing in 2018, and he rode his first winner aboard Offshore Oscar, trained by his father.

While his first season as a jockey was fairly low-key, his career really took off last season when Gavin Cromwell provided him with plenty of good rides. 15 of McNamara’s 24 winners last season came for the Cromwell yard, but the young jockey didn’t let himself be confined to just one stable, picking up rides for a variety of trainers, including Willie Mullins, who provided Conor with a winner in the Grand National Trial at Punchestown in the shape of Ifyoucatchmenow.

McNamara has made a good start to this season, riding 14 winners as well as placing a further 28 times. He is a talented rider who will be in high demand this season, his 5 lb claim an excellent selling point. However, it seems that bookmakers have not yet latched on to his ability, as he has recorded a level-stakes profit of £57.48 so far this season.

Being tough is one of the staple requirements for a National Hunt jockey, and Bryan Carver is certainly that. Carver broke three collar bones and a leg while attached to David Pipe’s Pond House stables, but that didn’t put him off. After a stint of amateur riding, in which he notched up almost 40 winners, Carver decided to turn conditional under the tutelage of Paul Nicholls.

Last season saw Carver ride 23 winners from 140 rides, giving him a decent strike rate of 16%. One of Carver best performances came aboard the Paul Nicholls-trained Sametegal in the Betway Handicap Chase at Kempton in February, making good use of his 5 lb claim, steering his mount into third.

Bryan Carver has started this season in even better form than he showed last campaign, increasing his strike rate by 2% with nine wins from 50 rides. He has been picking up rides from plenty of different trainers this term, including Harry Fry and Phillip Hobbs, both of whom have provided Carver with a winner already this month.

He never really had a chance of landing a blow at last year’s Cheltenham Festival, his two rides at the meeting sent off 50/1 and 66/1, but he is improving with each passing ride, so do not be surprised if he picks up a few more high-profile mounts this term.

Jack Tudor is only 18 years old but has already achieved plenty in the sport. Tudor had his first ride under Rules on a horse called Uno Mas at Exeter in 2018, the pair finishing fourth. A month later, however, and the duo teamed up again to provide Tudor with his first win at the age of 16, Tudor himself deserving plenty of credit for steering him to victory despite the horse making hard work of things.

Tudor went from strength to strength as he received more rides last season, his highlight undoubtedly coming aboard Potters Corner in the Welsh National. A Welsh boy himself, riding Potters Corner to victory and seeing him become the first Welsh-trained winner of the race for 54 years would have been a career high point despite the number of years Tudor had been riding, but to do it in just his second season as a jockey was special.

There was more to come from Tudor last season as well, as he rode the Christian Williams-trained Limited Reserve to victory in a Grade 3 at Sandown in February.

He is a top claimer who has started this season with eight victories, and considering he is still taking 5 lb off the back of all his rides, he will likely be in high demand as the campaign progresses.