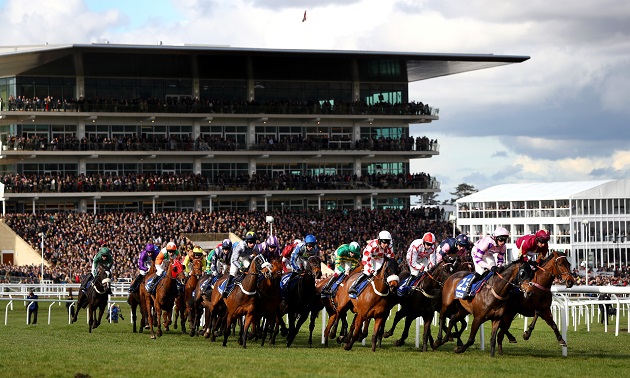 Timeform’s Tony McFadden highlights three points of interest from the Cheltenham Festival handicap entries, which were released on Wednesday.

Entries for the 2021 Cheltenham Festival are markedly down on last year, unsurprisingly so when you consider that owners are unable to attend and sending runners from Ireland poses more of a logistical challenge due to coronavirus restrictions. Even with those factors in mind, the decline in entries is stark. There are 676 entries this year, while the equivalent nine handicaps attracted 856 in 2020. The number of entries for each of the nine races has dropped from last year, while all but three of the handicaps (Boodles, County and Martin Pipe) are at their lowest level in the last ten years.

Traditionally, the best way of identifying what mark is required to secure a run is by checking previous editions of the race, but that will be of limited use this time given the historically low entry level. Trends-based punters who put stock in typical ratings of past winners are also advised to display caution given that this year's contests are likely to have a different complexion. Lower entry levels should result in a lower-than-usual rating being required to secure a run, opening the door to more lightly-raced types who have not shown the handicapper their full hand.

There could be strong novice representation in the handicaps

Running in graded company won't be an attractive option for many connections due to this season's novices being an exceptionally strong bunch, so don't be surprised if plenty are rerouted to open company, which would make the task for the established older handicappers much tougher. The early betting certainly indicates that the novices are going to hold sway in the Ultima – the first five in the market are all novices.

Another Boodles benefit for the Irish?

There is plenty of quality among the Irish team, though their overall number of entries in Festival handicaps has fallen by nearly a third compared to last year. One race in which the Irish combine quantity and quality is the Boodles Juvenile Handicap Hurdle, in which they are responsible for 19 of the 44 entries. The Irish have won the last three runnings, with Gordon Elliott's powerhouse stable responsible for two of those victories.

Finding the Elliott first string could be the key to finding the winner of the Boodles given the dominance he has shown in juvenile hurdles this season. Backing his juveniles this season would have yielded a profit in excess of £20 to a £1 level stake, and he is also responsible for two of the leading lights of the division in Quilixios (143p) – the joint-highest rated juvenile – and Triumph Hurdle favourite Zanahiyr (141p). They are among Elliott's six entries for the Boodles but will surely run in the Grade 1 Triumph Hurdle. Riviere d'Etel and Teahupoo catch the eye and it will be worth seeing what weight they are allocated next Wednesday.