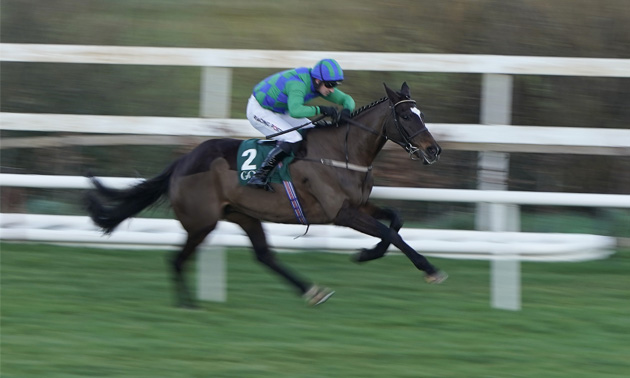 In the latest of our series profiling the claims of a leading Cheltenham Festival candidate, Tony McFadden assesses Appreciate It's credentials for the Supreme Novices' Hurdle

The case for Appreciate It

No novice hurdler this season has achieved a higher Timeform rating than Appreciate It, whose figure of 148p was achieved when he bolted up by nine lengths in the Future Champions Novice Hurdle at Leopardstown over Christmas. That was a visually impressive display as Appreciate It easily brushed aside his eight rivals, five of whom were arriving on the back of a win.

Appreciate It was heavily supported close to the off on that occasion, and it was a similar story when he followed up in the Chanelle Pharma Novices' Hurdle at the Dublin Racing Festival, sent off at 1/3, the shortest price of any horse at that meeting. Given that Appreciate It is in the care of Willie Mullins, a trainer who has enjoyed unparalleled success in the Supreme Novices' Hurdle with six victories, it is significant that he is clearly held in the highest regard.

Appreciate It failed to justify favouritism in last season's Champion Bumper at the Cheltenham Festival but that defeat should not be held against him. In fact, he arguably enhanced his reputation when finishing runner-up to stablemate Ferny Hollow, the way he moved through that race a particularly pleasing aspect of the performance. That smooth-travelling style has been evident this season and Appreciate It looks like an extremely straightforward type who can be relied upon to keep giving a good account.

⭐️ Appreciate It - what a monster

The case against Appreciate It

Willie Mullins dominated at the Dublin Racing Festival, sending out nine winners, including seven in graded company. That haul in itself is remarkable but it was also notable how easily the majority of them prevailed, advancing their Cheltenham Festival claims in the process. That was certainly the case for Gaillard du Mesnil (Ballymore), Chacun Pour Soi (Champion Chase), Energumene (Arkle), Kilcruit (Champion Bumper) and Monkfish (Brown Advisory), who all took a step forward on the form they had shown earlier in the season.

Appreciate It, on the other hand, merely consolidated his status as the one to beat in the Supreme Novices' Hurdle with a three-and-a-quarter-length success in the Chanelle Pharma Novices' Hurdle, running to a similar level on the figures as when successful in the Future Champions Novices' Hurdle over the same course and distance in December. However, while Appreciate It was ultimately well on top, he had to work harder than was the case over Christmas and wasn’t so visually impressive.

He has the strongest form, certainly among the novice hurdlers in Ireland, but it’s worth noting that Appreciate It is still some way shy of the typical level required to win a Supreme, so it is probable that he will need to improve at the Festival. The mean winning rating in the Supreme Novices' Hurdle over the last ten years stands at 155.9, while the median winning rating is only slightly lower at 155.5.

⭐️ Appreciate It - the real deal

After the Chanelle Pharma Novices' Hurdle, rider Paul Townend said: “He wasn’t as breath-taking as he was at Christmas, but he ground it out, which is the sign of a good horse.

“He didn’t jump with as much fluency and was never in control of the race like I thought I could have been, but the good ones get it done and thankfully he has done it.”

Mullins said: “He was very good when Paul set him alight. I thought he put it to bed straight away after the second-last.

“There looked to be a gang of horses queuing up to take him on, but when he changed gear there was just one horse left, Ballyadam, and Ballyadam got tired going to the last and fluffed it. He has a good engine.

“He seems to tick every box, I’d like him to jump better than he did today. I thought he was a little careless down the back – I think he has a better jump in him.”

Appreciate It is clearly the one to beat having won all three starts over hurdles, including two Grade 1s, and he is at the top of the pecking order with a rating of 148p. It is only a narrow advantage that he holds, however, as Tolworth Hurdle winner Metier is rated 147p, while the likes of Dreal Deal (139p) and My Drogo (137p) also have the Timeform 'p' attached to their rating, indicating that improvement is likely.

Appreciate It is in pole position, but he still needs to advance his rating to win a typical renewal of the Supreme Novices' Hurdle and, while he has more in his locker, it could be that this winning pointer won't be seen at his very best until stepping up in trip. At the prices - 7/4 v 7/1 - Metier looks better value given that he has also won his three starts over hurdles, has struck at Grade 1 level and retains plenty of untapped potential.