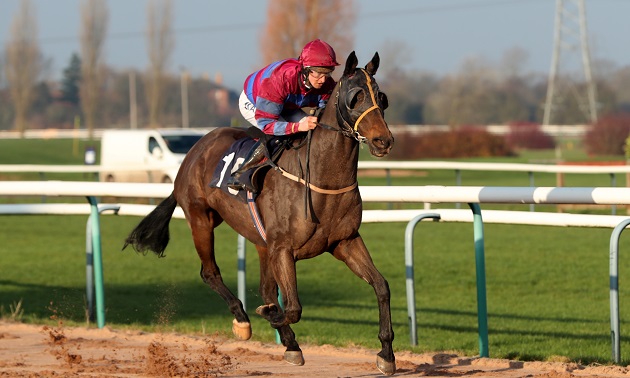 Timeform's Sam Randall highlights some of the biggest players - both equine and human - on the all-weather over the years.

When it comes to cult heroes and course specialists, no track lends itself better than Southwell with its distinctive deep fibresand and slow-motion finishes.  One horse who was certainly at home there was General Tufto. A well-bred son of Fantastic Light, Tufto didn’t spend long in the care of Roger Charlton before joining Charles Smith and, having tumbled to a mark of 46, he finally scored for the first time on a visit to Southwell in February 2009, quickly racking up a quick hat-trick to show his liking for the surface. However, it was in later years that The General earned his cult following when, to all intents and purposes, it appeared he’d lost all love for the game, regularly finding himself well adrift and badly outpaced, but he’d almost always be plugging on at the finish, races occasionally even dropping his way.

It was through sheer accumulation of runs and his regularity at the track that his image went from lazy and disinterested (proud owner of a Timeform squiggle) to a likeable rogue, right through to an admirable stalwart when, at the age of 10, he rolled back the years to stack up three wins in four starts. He finally brought the curtain down on a long career at the age of 13 having won 15 races at Southwell, many of them with emerging apprentices aboard, from a mammoth 144 all-weather starts.

✅ 13 years young
✅ 15 wins at Southwell
General Tufto lines up for his final race in the 12.50pm at @Southwell_Races

One of British all-weather’s biggest success stories, Gentleman’s Deal may only have made the racetrack 19 times all in all, only nine of them on synthetics, but his rise to the top will live long in the memory.

A big, strong horse right from the get-go it was understandable that he didn’t race much in his formative years, but on New Year’s Day in 2006, on only his fourth start and at the age of five, he ran out an impressive winner of a handicap at Southwell. The following 15 months saw him go on to rack up five more all-weather successes which took him right through the ranks, impressively hitting the target at all four of the all-weather tracks that existed at the time. However, his pièce de résistance came on his first visit to Lingfield, when he produced a smart performance to lower the colours of Grand Passion in the Winter Derby.

GENTLEMAN'S DEAL (IRE) is out of the ordinary, for his size but foremost his achievements, coming back better than ever from stallion duties and capping an unbeaten winter campaign with this valuable prize, and he's now won on all 4 all-weather courses, coping well with this sharp one on his first try, sensibly ridden so that he was never far away then finding plenty to edge ahead when it mattered; he's verging on very smart in this sphere.

As the Timeform report above reveals, at this stage he was already mixing his racing with stallion duties and only went on to see the track four more times, ending his career with another Lingfield success. Gentleman’s Deal ended with eight wins from his nine all-weather starts having been expertly campaigned by Michael Easterby.

The horse of a lifetime for trainer Alan Coogan, Matsunosuke really flourished through the early part of 2009 and is one of the first horses that comes to mind with the mention of a ‘typical Lingfield sprint’. It wasn’t until the age of five that he first raced on the Lingfield polytrack, and the standard set-up of a race around there clearly saw him to full effect. A strong-travelling sort, Matsunosuke made the final furlong of well-run races his own, often flashing home to lead late on, this in the days when a fast-changing finish at Lingfield was common place. With sectional timing coming more to the fore, riders are somewhat more adept at pacing themselves nowadays and strongly-run affairs are not so prevalent, but circumstances in those days often played right to Matsunosuke's strengths and he progressed through the handicap ranks to a listed success in 2009, earning this glowing Timeform report.

MATSUNOSUKE must be one of the best Lingfield operators there is or has ever been, even though the short straight wouldn't normally suit such a latecomer, yet he has such acceleration on the surface that he can get out of most spots, as here, kicking in the turbo to make up 5l on Duff in the last 1f, an exceptional effort, more so than the bare rating tells; he'll be hard to beat in the 5f listed race back here on Winter Derby day, but he's already the horse of the all-weather season.

While he never did go on to quite hit those heights again, Matsunosuke well and truly made his mark as a Lingfield specialist and is remembered fondly.

In recent years all-weather racing has expanded greatly, both in terms of tracks and quality of races, as such it attracts more and more of the top trainers who see the reliable surfaces and consistent schedule as a good place to campaign their better horses. Indeed, trainers such as John Gosden now use the artificial surfaces to introduce some of their future stars, Jack Hobbs of course being the perfect example. As such, races are getting harder and harder to win on all-weather but one man still able to hold his own is Monmouthshire trainer David Evans.

Since 2002 Evans has accumulated an impressive 454 all-weather winners, third only to Mark Johnston and John Gosden. He has made the artificial surfaces his niche and competes in terms of winners due to proactive campaigning of low-grade horses - it is not uncommon for one of his horses to run more than 20 times a year on the all-weather, really showcasing their constitution. Indeed, in 2013, not only did Evans record 33 winners just in January and February, but throughout the year he managed to win at least three races on all-weather with a remarkable 13 different horses. Quite some achievement.

All-weather punters won’t go many races without crossing paths with an Evans runner and he’s the top trainer at Wolverhampton since 2002, recording over 200 winners, while in recent years he’s also made his mark at a higher level with the smart Gracious John.

As with football and the Premier League, all-weather racing did actually exist before the advent of the All-Weather Championships, which has added so much lustre to the winter campaign since 2013. Newmarket-based trainer Nick Littmoden was very much the go-to man back in the day when it was a much more low-key affair. He specialised on peaking his string around the turn of the year and five times he was the all-weather champion trainer. These were simpler times before Kempton, Chelmsford and Newcastle had embraced the artificial surfaces they now race on today and Lingfield and Wolverhampton were the main stomping grounds for Littmoden, where he teamed up to great effect with Ian Mongan and Tom McLaughlin.

The names of many of his most prolific winners will bring back memories for all-weather followers, Kindlelight Debut particularly prolific in 2006, while Prince Charlemagne rattled up a four-timer during the same period with a certain James Doyle making use of his handy claim!

Further back the likes of Peruvian Chief are sure to ring bells, but the lack of prize money saw Littmoden virtually leave the training game for a long period. It was just this Winter, however, when he made his presence felt once again, albeit this time over the jumps courtesy of 100/1 winner Fleur Irlandaise at Kempton.