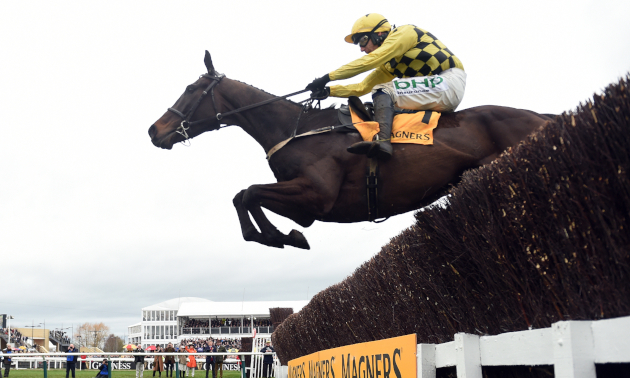 In the latest of our series profiling the claims of a leading Cheltenham Festival candidate, Tony McFadden assesses the chance of Al Boum Photo completing a Gold Cup hat-trick.

The case for Al Boum Photo

Last year Al Boum Photo became the first horse since Best Mate to successfully defend his Cheltenham Gold Cup crown. Best Mate went on to complete the hat-trick in 2004 and Al Boum Photo will bid to emulate that feat which was also achieved by Arkle, Cottage Rake and Golden Miller.

Henrietta Knight took a lot of stick for the light campaign Best Mate was given, which usually comprised a run in the autumn, a run over Christmas and a run at the Cheltenham Festival. It may not have pleased those who wanted to see Best Mate more often, but it was certainly an effective strategy, and in recent seasons a light campaign has appeared an advantage for a Cheltenham Gold Cup contender.

The Cheltenham Gold Cup provides a notoriously stern examination, and most horses, unless of rare ability, will need to be in peak condition to prevail. There is logic in the view that a horse whose campaign has revolved around the Cheltenham Festival will likely be closer to peak condition than one who has engaged in every battle on deep ground over the winter.

Willie Mullins has certainly favoured a quiet approach to the Festival with Al Boum Photo, who only contested a listed race at Tramore before winning the Gold Cup in 2019. He followed the same path last season - the race was upgraded to a Grade 3 - and has undergone the same preparation this time around.

Al Boum Photo didn't impress everyone at Tramore last time, though a contest run over a trip shy of two and three-quarter miles and around such a tight course is very much a stepping stone and not conducive for a stayer to produce a big performance.

Stamina is a strong suit for Al Boum Photo but he has a good cruising speed as well, as he showed in last season's steadily-run Gold Cup. Al Boum Photo's smooth-travelling style and straightforward nature allowed rider Paul Townend to secure an advantageous prominent position at the top of the hill, and that tactical versatility will remain an asset.

Last year's Gold Cup success wasn't Al Boum Photo's best performance on the figures but, with a Timeform rating of 172, he is the highest-rated staying chaser in training and a remarkably consistent one to boot.

The case against Al Boum Photo

Very few horses win multiple Cheltenham Gold Cups and to do so is a great achievement, but part of the reason why Al Boum Photo isn't feted liked some champions of the past is because the level of form he has shown is not extraordinary by historical standards.

Last year's Cheltenham Gold Cup provides an illustration of how Al Boum Photo is the best of the bunch, though only narrowly. Al Boum Photo was given a brilliant ride by Townend in a race that was run at a modest gallop and wouldn't have suited the runner-up Santini. But Al Boum Photo was still all out to hold on from Santini, who is a talented chaser in his own right but has his limitations due to a lack of pace.

That performance adds to the body of evidence that suggests Al Boum Photo is a reliable, top-class chaser, though not necessarily an outstanding one. The standard he sets is not an exacting one for the up-and-coming chasers like A Plus Tard, Champ and Minella Indo to reach, nor does it put him far clear of the resurgent Native River.

Willie Mullins: “We think he is in a good position and any time Paul [Townened] has ridden him he has been happy with him. I am happy with what I am seeing. There are no negatives at this time and there have been no setbacks.

“The only surprising thing was that I thought I had him straighter for Tramore but when I analysed it all out, he had such a long break from last year’s Gold Cup and no spring campaign as such. It was a long time back to Tramore and he probably should have had one more piece of work before but he got through it and we learnt from it. He is in great shape going to Cheltenham this year.”

Al Boum Photo is clearly the most likely winner as he is the highest-rated staying chaser in training, has enjoyed the same smooth preparation that has served him so well in the past and his effectiveness around Cheltenham and at the trip is not in doubt having won the past two Gold Cups.

He looks sure to give another good account, but his form suggests that he's not far ahead of the pack. In fact, only 2 lb separates Al Boum Photo and Native River on Timeform ratings, and the 2018 Cheltenham Gold Cup winner is a general 14/1 shot while the reigning champ is just 5/2. Native River showcased his wellbeing when successful at Sandown last month and looks to have been underestimated in the market.

Minella Indo, a general 12/1 shot, is another who looks overpriced given how well he shaped when runner-up to Champ in a strong renewal of the RSA Chase last season. Things haven't gone to plan the last twice but it's too early to write him off given the enormous early promise he displayed. They look more appealing at the prices than Al Boum Photo, who doesn't have as much margin for error as the string of ones in his form figures suggest.