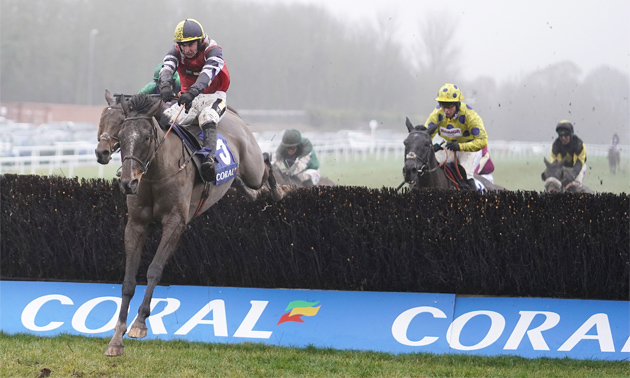 With the real thing cancelled due to the coronavirus pandemic, the computer simulation certainly captured the imagination, with bookmakers donating all profits to NHS charities.

It proved an epic renewal, with the Christian Williams-trained Potters Corner (18-1) clinging on under teenage rider Jack Tudor to hold off the challenge of Walk In The Mill on the run from the Elbow.

Potters Corner is the winner of the 2⃣0⃣2⃣0⃣ Virtual Grand National!

Any Second Now was third and dual National hero Tiger Roll a gallant fourth. Burrows Saint was fifth, but Aso was the hard-luck story, coming down two out when bowling along in the lead.

The victory - shown in a special programme on ITV hosted by Nick Luck, with the race run at what would have been the real start time of 5.15pm - completed a National treble for Potters Corner, after victories in the Welsh National and Midlands National.

Williams, who is based in Ogmore-by-sea in the Vale of Glamorgan, said: "I'm delighted, it's great and great to cheer everyone up in tough times - I think even people from outside of racing were tuned in.

"It was something for people to cheer on, people are stuck in their houses and it probably got a good viewing. It was something to watch together and have a bit of banter leading up to it."

"I didn't think they'd let him past, he stays very well and if it's done on the computer and stats I doubt they'd let anyone outstay him up the run-in.

"Jack needed two extra winners to ride in the (real) race, but when racing got stopped three weeks ago and I had a fair idea I had two or three chasers that I thought could win for him if we needed it. I'd have been surprised if I couldn't have got him qualified in time."

He said: "He's such a laid-back character, he's in the field with two foals - two quite valuable foals from France - and he's quite a calming influence. They use him as a bit of a guide, as he's such a good, kind horse.

"It's not in our hands, the Government will call it. We'll go through rougher spells probably in the next week or so, but hopefully if things can plateau out maybe we can have a little bit of positive news and racing has a chance of coming back, hopefully." 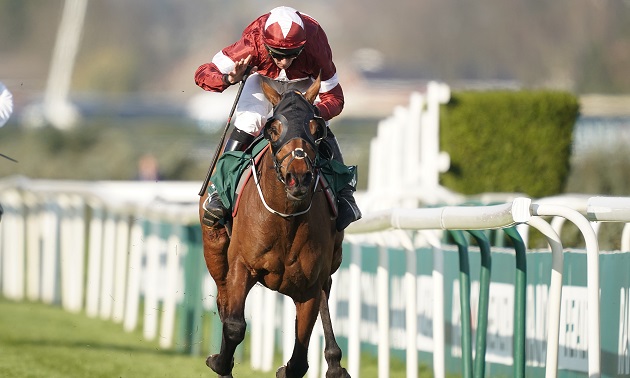