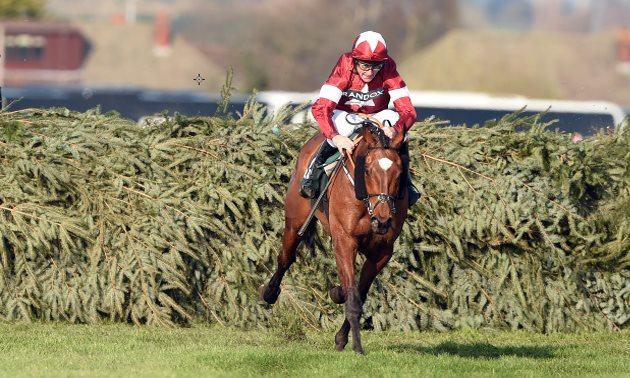 The world's richest Jump race and takes place for the 173rd time this year at 5.15pm on day three of the Randox Health Grand National Festival, Saturday, 4 April.

In 2019, Tiger Roll became the first horse since Red Rum to win back-to-back Grand Nationals and the 10-year-old now has the chance to become the only horse to land three consecutive runnings of the world's greatest chase.

Trained in Ireland by Gordon Elliott and owned by Michael O'Leary's Gigginstown House Stud, Tiger Roll is due to begin his campaign in either the G2 Boyne Hurdle at Navan on 16 February or in the Glenfarclas Cross Country Chase at the Cheltenham Festival on 10 March, where he was won four times previously.

He is the 7/1 clear favourite with Betway, official betting partner of the Randox Health Grand National Festival.

Elliott accounts for 18 of the 45 Irish-trained entries in total, the most of any handler, as he chases a fourth success in the race. If victorious, he would emulate Fred Rimmell and Ginger McCain as the most successful trainer in Grand National history.

Walk In The Mill (Robert Walford) has an excellent record over the Grand National fences and fared best of the British-trained contenders in the 2019 Randox Health Grand National, finishing fourth.

The 10-year-old, who carries the colours of Baroness Dido Harding, captured the Becher Handicap Chase for the second time at Aintree in December, making him the first back-to-back winner of the race.

Trainer Robert Walford said: "Walk In The Mill came out of the Becher in great form and the intention now is to run him over hurdles at Chepstow on Friday.

"It will be good just to get him out on the course and that is why we are going to run at Chepstow.

"This will probably be his last fun before the Grand National. There are other races that we could run in, but I would like to go to Aintree with a fresh horse, so to run now suits our schedule.

"He has been a brilliant horse for me. He just seems to love those fences at Aintree and it is exciting to have a live Grand National contender on our hands."

Sue Smith, who tasted Grand National success in 2013 with Auroras Encore, has given Vintage Clouds an entry after his impressive victory in the Peter Marsh Handicap Chase at Haydock.

Vintage Clouds fell at the first in 2019 and was pulled up in the Becher Chase following a bad mistake.

His owner Trevor Hemmings is the joint most successful in Grand National history with three wins - Hedgehunter (2005), Ballabriggs (2011) and Many Clouds (2015).

Smith said: "After consideration, we have decided to enter Vintage Clouds for the Grand National.

"Having discussed it at length with Trevor Hemmings [owner], we decided that having won so well in the Peter Marsh Chase, it was worth keeping our options open until nearer the time.

"He has slightly struggled over the Aintree fences, particularly in the Becher, but we want to keep all options on the table for the time being.

"He jumped superbly in the Peter Marsh and has come out of the race very well."

Champion trainer Paul Nicholls ended his wait for Grand National glory in 2012 with Neptune Collonges. The Somerset handler's six entries include Listed Badger Beers Silver Trophy victor Give Me A Copper, who is part-owned by Sir Alex Ferguson.

Weights for the Randox Health Grand National are unveiled before an invited audience at St George's Hall in Liverpool on Tuesday, 11 February.

The Grand National is the only race for which senior BHA chase handicapper Martin Greenwood is able to deviate from official ratings in allotting weights.

Betway's Alan Alger said: "Since crossing the line first in last year's race, the extraordinary Tiger Roll has been perched at the top of the betting for the 2020 renewal and we are currently offering a top price of 7/1. Could he be the first horse to win the race three years in a row?

"Native River, the 2018 Gold Cup Winner, looks to have been campaigned for a crack at the Grand National and the Colin Tizzard trained gelding is available at 20/1 with us at Betway.

"Despite winning almost all there is to win in horse racing, the Grand National still eludes Nicky Henderson. This year, he has four horses entered in an attempt to break his duck and for the master trainer to win the race with any of his entrants is 10/1." 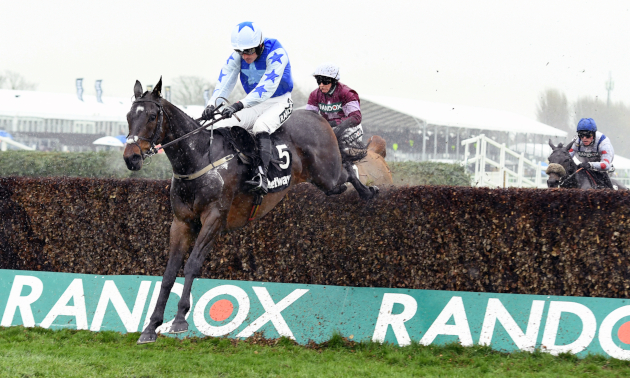