By Timeform, Saturday 09 April Amateur rider Sam Waley-Cohen enjoyed a fairytale finale to his career as steered Noble Yeats to victory in the Randox Grand National at Aintree.

The 39-year-old announced his intention to retire on Thursday, nominating Emmet Mullins’ charge as his farewell ride in the world’s most famous steeplechase.

Sent off at 50-1, few would have expected Noble Yeats to strike in the extended four-and-a-quarter-mile showpiece – but he ran a magnificent race as he fended off the 15-2 favourite Any Second Now by two and a quarter lengths for a famous National success.

Coming to the last they were the only pair in contention and under a strong drive, Noble Yeats kept finding more to prevail in the colours of Waley-Cohen’s father, Robert. Delta Work (10-1) was 20 lengths back third, with Santini (33-1) another length and a quarter away in fourth.

A jubilant Waley-Cohen – who won the Cheltenham Gold Cup with Long Run in 2011 – said: “He ran for me, he couldn’t go the early pace and I just tried to find pockets to give him a bit of space to run into. I found myself on the inner and was going more forward than I wanted to.

“He loves seeing his fences, so I kept trying to find a spot where he could see them. When I asked him he came, but if I just half-asked him he wasn’t confident, so I was trying to sit against him – he likes the bit in his mouth and your legs against him.

“I was just trying to get him in that nice rhythm and as soon as I asked him, he went.

“I thought I’d gone too early (at the last). I really didn’t want to get there then, but as soon as he picked up I thought ‘he’s gone, he’s got this’.

“Dad has always supported me unwaveringly, we’ve never had a cross word, it’s always been for fun. It’s been a love affair. To my wife, long-suffering, they aren’t all good days, there are bad days in this sport.

“We came here thinking the sun’s out, it’s your last ride – go and have a nice spin, no expectations. Just enjoy it.

He added: “I have to thank so many people. People said he was too young at seven, but when you’re on a horse that age you can take chances and it paid off.

“He jumped neatly and I started to think he was really travelling, I started following Santini and then he just started to go forwards.

“He jumped the last well, but then I felt the other horse come to me and I thought he was going to get me. But when I really asked him he kept finding and galloped all the way to the line.

“I was overwhelmed when I crossed the line, but then you have a responsibility to the horse so I had to keep him walking and get some water on him and make sure he was fine. As a jockey your race isn’t run until your horse is safe so that was my main thought – then get weighed in and go and enjoy it!

“Every day you win a race for your family is an amazing day, it doesn’t matter if it’s a point-to-point or the Grand National. People might say ‘yeah, whatever’ to that but it’s true, it’s a family day out and I’m overjoyed to win.

“That’s definitely it now, I’m done. I always knew when I had second thoughts about getting out of bed to go and ride one it would be time to call it a day and I couldn’t think of anywhere better to go out than this.

“The reason I kept coming back here year after year is to have a feeling like that.”

'I was shouting so hard'

Waley-Cohen senior was beaming with pride as he said: “I think you have to quote Shakespeare and say ‘my cup runneth over’. It makes you cry. I was shouting so hard. What could be more wonderful, we’ve had so many wonderful happy days together.

“He’s won big races from the Gold Cup to two King Georges and a lot of handicaps like the Whitbread, the Topham and the Becher – he’s the man over these fences, he’s extraordinary. If you could bottle it you would.

“He said his proudest moment ever in race was when he lined up at the start here and said to AP McCoy ‘what are you going to do over these fences’ and AP said ‘I’m going to watch what you do’. He said that was his best moment in racing.

“He’s the only the amateur to have won the Gold Cup, the King George twice and the Grand National. It’s so extraordinary.”

Mullins – who is the nephew of champion trainer Willie Mullins – said: “Today was the plan, and it’s nice when a plan comes together.

“I didn’t get to see much of him early doors, but going away from the stands I had to take a breath and I said ‘this is a winner’s position’. It was the perfect spot on that second circuit.

“That last circuit, everything just seemed to fall into place. I would say I’m understandably shell-shocked!” 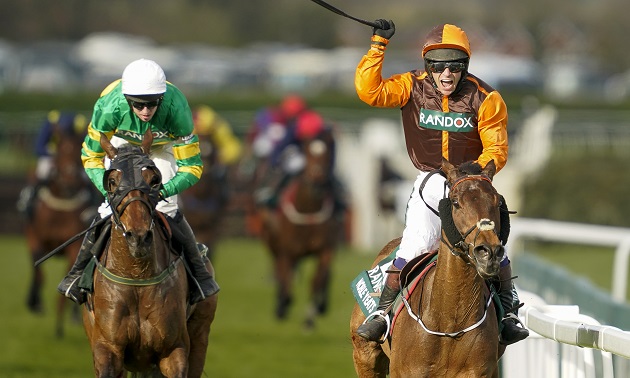 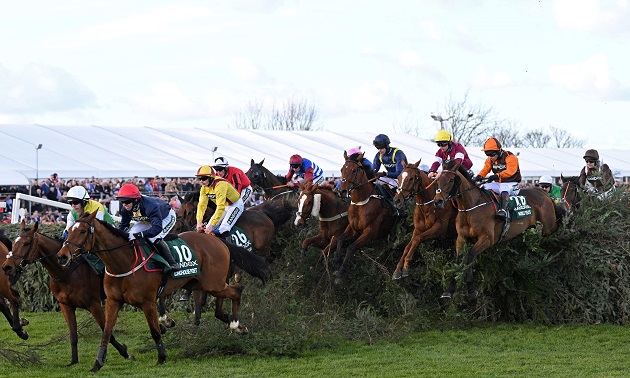 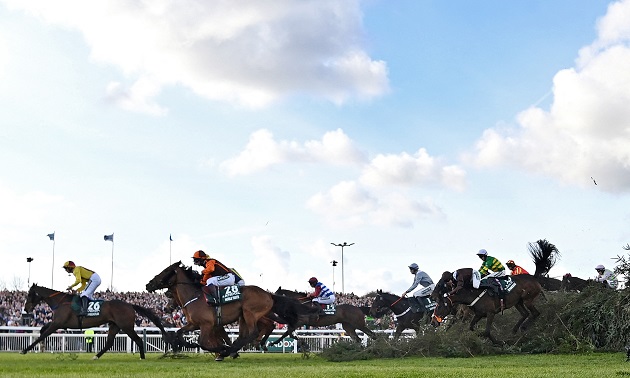