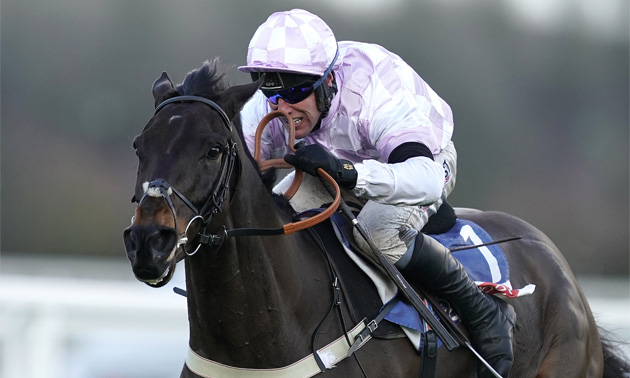 We preview the Supreme Novices' Hurdle at the Cheltenham Festival and pick out our best ante-post bet.

The Supreme Novices’ Hurdle has been won by some top-notchers in recent years, notably Vautour, Douvan and Altior, who were all above-average winners of the Cheltenham Festival curtain raiser.

Gordon Elliott won the race for the first time with surprise winner Labaik in 2017 and is responsible for the ante-post favourite Abacadabras at the time of writing. He finished fourth in the Champion Bumper at last year’s Festival and has made an impressive transition to hurdles, winning three of his four starts in this discipline, notably the Future Champions Novices' Hurdle at Leopardstown last time. His only defeat has come at the expense of stablemate – and one of the brightest prospects around – Envoi Allen in the Royal Bond Novices' Hurdle at Fairyhouse in December. Abacadabras will likely run at the Dublin Racing Festival next month in which a good performance there will likely contract his odds further; he looks a leading player for the Supreme at this stage.

Envoi Allen would be a big player too, but it appears – at least according to the betting – that he will run in the Ballymore Novices’ Hurdle over two and a half miles instead. Elliott has got a wealth of riches in the novice hurdling division and, though Abacadabras and Envoi Allen  are in different ownership, he will be hoping to keep the pair apart for as long as possible.

The Nicky Henderson-trained Shishkin is one of the leading British-trained runners for the Supreme. He cost £170,000 after winning an Irish point and looked useful when winning a bumper at Kempton on his Rules debut last season. Shishkin fell at the second flight when starting an odds-on favourite for his hurdling debut at Newbury in December, but clearly he wasn’t deterred by that and opened his account at the second time of asking back at Newbury earlier this month, looking a natural jumper on that occasion and winning with plenty in hand. That looked a good race on paper, the runner-up having already shown plenty, and the manner in which Shishkin quickened on the run-in was striking; he looks an exciting prospect.

Fiddlerontheroof has more substance to his form but can be backed at double the price of Shishkin. The six-year-old made his debut over hurdles in the Persian War Novices’ Hurdle at Chepstow in October, finishing second to the now smart Thyme Hill, and has gone from strength to strength since, readily landing the odds to open his account in a novice at Sandown in December. Fiddlerontheroof took another leap forward when winning the Tolworth Novices’ Hurdle back at Sandown last time, confirming himself one of the best in the division this side of the Irish Sea. He also has the option of the Ballymore, but given the improvement he has shown over two miles the last twice, and the fact you have to stay well to win a Supreme, he is more likely to pitch up here and shouldn’t be underestimated.

Stablemate Master Debonair has achieved a similar level of form. He improved as expected from his hurdling debut to get off the mark at the second attempt in an introductory event at Ascot in November, and progressed another chunk when winning the Kennel Gate Novices' Hurdle at same course last time. It is usually an informative graded novice, with several good winners on its roll of honour, and Master Debonair’s performance was well up to standard. There should be even more to come from him and his price looks big in relation to Fiddlerontheroof’s.

Others to consider include Chantry House and Easywork. The former cost £295,000 after winning an Irish point and has won both of his starts under Rules, also. He has started the odds-on favourite on both occasions, too, suggesting he is held in pretty high regard at home. In truth, he is probably priced up on reputation for this as well, given he hasn’t achieved as much as some yet is shorter in the betting. On the flipside, he hasn’t had the chance to, having only had one start over hurdles which he won at Cheltenham. Chantry House clearly possesses plenty of ability, and he couldn’t be in better hands, but he could be lacking in experience for a race of this nature.

Easywork has a little more experience and has looked potentially smart in winning both of his starts over hurdles so far. On each occasion he has impressed with his slick jumping, and showed last time that he has plenty of stamina when winning over two and a half miles at Limerick. He turned over a Willie Mullins hot pot there, and looked very good in doing so. Easywork holds an entry in the Brava Inca Novice Hurdle over two miles at the Dublin Festival and, a good performance there will likely see his odds contract for this.

In summary, the Supreme still has a very open look to it, no horse having standout claims. Abacadabras has some of the most solid form in the book, and represents top connections, so it is easy to see why he is so prominent in the betting. However, it could be worth taking a chance on Master Debonair, who almost seems the forgotten horse in the betting. The form of his Kennel Gate win is right up there with the best of these, yet he can be backed at a double-figure price. This race looks the obvious target and it is easy to see him starting much shorter in the betting come the day.

Back Master Debonair at 16/1 in the Supreme Novices’ Hurdle