Stayers' Hurdle Ante-Post Preview: Put your faith in If The Cap Fits 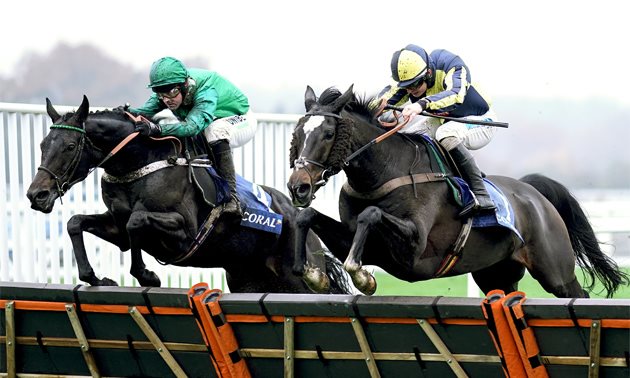 We preview the Stayers' Hurdle at the Cheltenham Festival and pick out the best ante-post bet.

The staying hurdle division is not traditionally one of racing’s most glamorous, but it currently features one of the sport’s brightest stars in Paisley Park, who swept aside all-comers last season and reached a level that suggests he could dominate for years to come.

He was successful on all five starts last term, starting his ascent with a cosy win in a handicap hurdle at Aintree in October and signing off with a superb success in the Stayers’ Hurdle, putting his rivals to the sword with a trademark late surge that carried him to a two-and-a-quarter-length win.

He extended his winning sequence to six when giving 6 lb and a beating to Thistlecrack on his reappearance in the Long Distance Hurdle at Newbury, and that was a pleasing performance, seeing off a rival who may be a veteran but had shown top-class form to finish runner-up in the King George only 11 months earlier.

Paisley Park is rock-solid, ideally suited by a stiff test of stamina which you tend to get on Cheltenham’s New Course (only two flights are jumped in the last six furlongs) and, having just turned eight, he should be at the peak of his powers.

He is the red-hot 6/4 favourite to become the fourth horse this century to win multiple Stayers’ Hurdle crowns – Baracouda, Inglis Drever and Big Buck’s have also achieved it – and that is not a bad price.

PAISLEY PARK swoops around the field and powers clear to land the 2019 Stayers' Hurdle at the #CheltenhamFestival for @ELavelleracing and @AidanColeman!

However, given the likely shape of the race, one of his rivals makes more appeal from an each-way perspective.

Last year’s contest attracted the biggest field since 2006, perhaps due to the perception there was no star in the field. Paisley Park demonstrated in no uncertain terms that was a misguided belief, and it is therefore unlikely there will be so many connections willing to have a crack this time.

In fact, apart from Paisley Park there is only one runner priced at shorter than 16/1 who is a likely participant.

If The Cap Fits, the general 8/1 second favourite, has an excellent strike rate (successful on eight of his 12 starts under Rules), is a Grade 1 winner, stays three miles and produced his best effort on his most recent outing.

He gained his Grade 1 breakthrough in the Ryanair Stayers Hurdle at Aintree last season, showing an excellent attitude to recover from a last-flight mistake and edge out Roksana and Apple’s Jade in a memorable contest.

If The Cap Fits again displayed plenty of guts to make a successful reappearance at Ascot in the Coral Hurdle in November, finding loads under pressure to rally and pass Call Me Lord, who appeared to be going much better. The race was won in a good time, which adds some substance to the form, while the runner-up (who was in receipt of 6 lb) won the Grade 2 International Hurdle on his next outing, paying a compliment to If The Cap Fits.

He is set to meet Paisley Park in the Cleeve Hurdle at Cheltenham on Trials Day and, if running to a similar level as at Ascot, could push the champion close.

IF THE CAP FITS makes it back-to-back victories in the Coral Hurdle at @Ascot under a 6lb penalty for @HarryFryRacing1!

It’s difficult to find other credible challengers. Benie des Dieux, who was untroubled by the step up in trip when winning the French Champion Hurdle, would be an obvious threat if taking her chance. However, the Mares’ Hurdle, which she would have won for the last two years year but for falling at the final flight 12 months ago, is surely a much more likely target.

Apple’s Jade bounced back from some disappointing performances to win the Frank Ward Memorial Hurdle at Leopardstown over Christmas – her 11th Grade 1 – putting plans for retirement on hold. However, she has disappointed at Cheltenham the last twice, so connections may opt to swerve the Festival, while the Mares’ Hurdle is also an option, so she makes limited ante-post appeal.

City Island, an impressive winner of the Ballymore last season, would be interesting if switching back from chasing after two inauspicious efforts over fences. However, connections have not indicated they are planning to revert. Similar comments apply for Laurina, Champ and Minella Indo.

The Worlds End is a likely runner, and he won the Grade 1 Long Walk Hurdle on his latest outing. However, that was not a strong affair after the late defection of Paisley Park, and he is likely to come up short.

In truth, the Stayers’ Hurdle is relatively straightforward to assess. Paisley Park is the dominant force in the division and it will take a big effort to dethrone him. The only rival who is conceivably up to the challenge is If The Cap Fits, who has a likeable profile and makes each-way appeal in a division lacking strength.

Back If The Cap Fits each-way for the Stayers' Hurdle