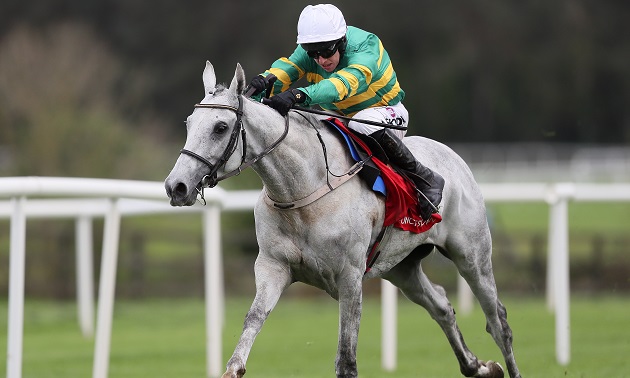 Timeform’s John Ingles looks ahead to the 2021 Mares’ Chase at the Cheltenham Festival and picks out the best bet.

Run as the penultimate race on Gold Cup day, the Mares’ Chase, a Grade 2 contest over an extended two and a half miles, will be staged for the first time at this year’s Festival. Sponsored by Paddy Power, the registered title of the race commemorates the useful mare Liberthine, winner of the Mildmay of Flete at the 2005 Festival for owner Robert Waley-Cohen and trainer Nicky Henderson.

The introduction of the two hurdle races restricted to mares at the Festival – the David Nicholson Mares’ Hurdle in 2008 and the Dawn Run Mares’ Novices’ Hurdle in 2016 – has resulted in Willie Mullins winning 14 of the combined 18 runnings of those two contests. It’s not too surprising, therefore, to find Mullins with the first two in the betting in the inaugural Mares’ Chase.

Elimay, a close relative of leading Champion Hurdle hope Goshen, sets a high standard having won three of her four starts over fences. Two of those were graded mares’ novice chases at Cork and Thurles last season, while her latest win came at Naas last month when she dropped back to two miles and easily landed the odds in the listed Opera Hat Mares Chase. Her best effort, though, came the time before in open company when she finished a long way clear of the remainder and kept on to be beaten three lengths by her high-class stablemate Allaho in a Grade 2 contest at Thurles over two and a half miles.

Mullins’ other leading hope Colreevy has even less chasing experience as this is her first season over fences after finishing fifth in the Dawn Run at last year’s Festival. A Grade 1 bumper winner, Colreevy has won all three of her chases, including the Grade 1 Faugheen Novice Chase at Limerick in December and a Grade 2 mares’ novice at Thurles last time in which she easily landed the odds by 12 lengths after making all the running. She has a bit to find on form with Elimay but is open to improvement.

😎An impressive way to start the day at Thurles

🏇Colreevy remains unbeaten this season & scores in good style to take the 12:15pic.twitter.com/2SjVyHW9ls

Shattered Love already has Festival-winning form, having won the JLT Novices’ in 2018. She contested the Gold Cup and Ryanair Chase at the last two Festivals and is entered in both those races again, but this is more her level. She won a listed mares’ chase at Clonmel in November but was no match for Elimay at Naas last time, even in receipt of weight.

The best chance of the prize being kept at home probably lies with Annie Mc who is yet to be beaten for Jonjo O’Neill in chases confined to mares. She found the Marsh Novices’ at last year’s Festival a very different experience after three wins in small-field contests but she has shown smart form when winning her last two starts this season back against her own sex. Annie Mc was a wide-margin winner at Doncaster in December and followed up in another listed race at Warwick last time when staying on well to end the novice Zambella’s unbeaten record over fences with last season’s BetVictor Gold Cup winner Happy Diva back in third. Happy Diva was below her best there, but has a good record at Cheltenham and finished second in the Plate at last year’s Festival.

Former Grand National runner-up Magic of Light is one of the best mares around over fences but would find this trip on the sharp side – the listed mares’ chase she won at Newbury in December for the third year running is over almost three miles. Salsaretta and Robin de Carlow are two outsiders for Mullins and have doubts about their current form, the latter absent since beating Put The Kettle On in a Grade 3 novice at Tipperary in the autumn of 2019. Grand National entry Agusta Gold dug deep to win a Grade 3 mares’ chase at  Fairyhouse in January (in which Salsaretta disappointed) and didn’t run badly over hurdles last time.

Elimay’s easy win over Shattered Love last time makes her the one to beat again, with novice Colreevy giving Willie Mullins another with leading claims.

Back Elimay (15/8 general) for the Mares’ Chase

BEVERLEY 16:00
2 Kevin Ryan's number of winners in past 9 runnings. (saddles QUEEN'S ORDER)
2 David O'Meara's number of winners in past 9 runnings. (saddles MUSCIKA)
22% Daniel Tudhope's strike rate at BEVERLEY (rides QUEEN'S ORDER)
Betting Offers ⇒
To help personalise content, tailor your experience and help us improve our services, Timeform uses cookies. By navigating our site, you agree to allow us to use cookies, in accordance with our Cookie Policy and Privacy Policy.
;