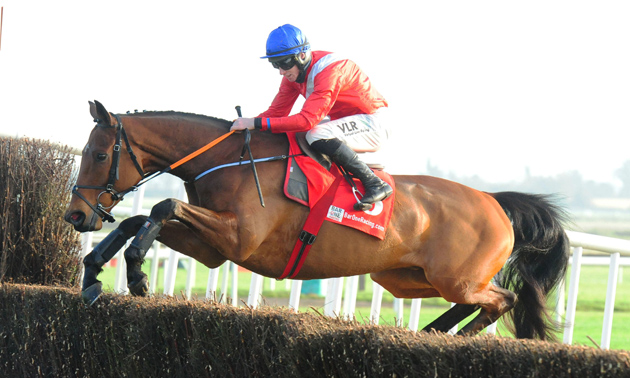 Jack Kennedy has spoken of his relief and delight at news he will keep the ride on Envoi Allen at the Cheltenham Festival, despite the unbeaten superstar being switched from Gordon Elliott to Henry de Bromhead earlier this week.

Leading owner-breeders Cheveley Park Stud removed Envoi Allen and seven of his stable companions from Elliott’s care on Tuesday, following the image involving the trainer that was posted and widely shared on social media last weekend.

Kennedy, who has taken over in the saddle from the injured Davy Russell aboard Envoi Allen this season, might have feared he would lose the plum ride on the seven-year-old to De Bromhead’s stable jockey Rachael Blackmore.

However, Cheveley Park confirmed Kennedy will not only retain the mount when Envoi Allen runs in the Marsh Novices’ Chase in a fortnight’s time, but he will also partner Ballyadam and Quilixios – who have also joined Bromhead – for their respective Festival assignments.

Speaking after riding the Elliott-trained Daphne Moon to success at Fairyhouse on Friday, Kennedy told Racing TV: “I’m kind of a lucky one, getting to keep the rides on Envoi Allen, Quilixios and Ballyadam.

“When you’re riding horses like that and you’re kind of comfortable that barring an injury you’re going to be riding them, and then something like this happens, you’re kind of all over the place. I’m delighted that I’m keeping the rides on them.”

Kennedy has plenty of sympathy for his colleagues at Elliott’s Cullentra House stables, adding: “It’s tough for everyone in the yard.

“They were devastated when those horses were leaving and it’s just a massive blow to a team that work so hard.”

In another boost to his Festival hopes, Kennedy has been booked by De Bromhead to partner Minella Indo in the Gold Cup, with Blackmore preferring his Cheveley Park-owned stablemate A Plus Tard.

Minella Indo was last seen finishing fourth behind Kemboy when favourite for the Paddy Power Irish Gold Cup at Leopardstown.

“I was kind of left with no ride in the race and Henry rang me last week and asked if I would ride him,” said the jockey.

“It’s brilliant to pick up a spin like that. I was down in Henry’s on Tuesday and popped him over a few fences and got a feel of him. I’m really looking forward to the ride. You can forgive a horse a bad run and I’m delighted to have got the ride.”

BEVERLEY 14:15
£29.62 Mark Walford's profit to a £1 level stake when having one runner at a flat meeting (saddles KENYAN COMMANDER)
22% Daniel Tudhope's strike rate at BEVERLEY (rides BEAUZON)
Betting Offers ⇒
To help personalise content, tailor your experience and help us improve our services, Timeform uses cookies. By navigating our site, you agree to allow us to use cookies, in accordance with our Cookie Policy and Privacy Policy.
;