Hunters' Chase Ante-Post Preview: Bob And Co can keep the prize at home 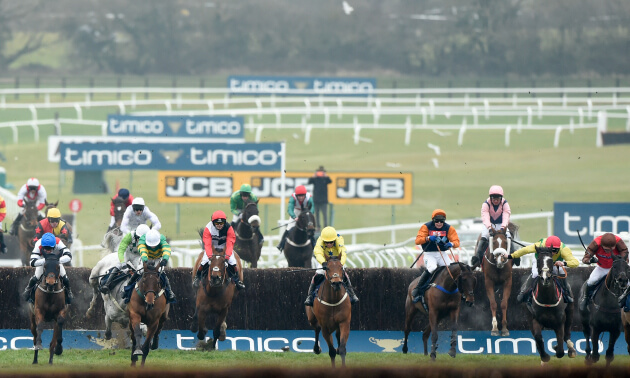 Timeform’s John Ingles looks ahead to the 2021 Hunters' Chase at the Cheltenham Festival and picks out the best bet.

Run straight after the Gold Cup over the same distance, the race long known as ‘the Foxhunter’ traditionally gives amateur riders a chance in the limelight and allows their professional counterparts a short break after competing in the big one. Not this year though, with current government restrictions on non-elite sport meaning that amateurs are unable to compete in any race at the Festival. But while it may be a different group of jockeys riding in this year’s contest, some of the same horses who contested last year’s race are prominent in the betting again.

It Came To Pass won’t be anything like a 66/1-shot this time after his clear-cut success 12 months ago when posting a career-best effort. He shaped as if needing the run on his return at Fairyhouse in November but hasn’t had an ideal preparation for defending his title as he unseated three out at Thurles last month when among the backmarkers. His two starts this term have come on heavy ground and his chances would improve if conditions are less testing at Cheltenham.

Beaten ten lengths into second behind It Came To Pass in last year’s race was the well-backed favourite Billaway, representing Willie and Patrick Mullins. Two years younger than the winner, Billaway came into the race on the up and he has improved further this season. He has enjoyed a far smoother preparation than It Came To Pass, winning his last two starts at Down Royal and Naas, and looks a worthy favourite again. His Naas win came against most of the leading hunters in Ireland (though It Came To Pass was withdrawn on the day) and after leading between the final two fences he asserted late on to beat Staker Wallace who’d chased him home in the same race the year before. Billaway is very consistent, finishing either first or second in his last eight races, but he could do with brushing up his jumping if he’s to go one better this time.

Festival runner-up Billaway proves too strong in the Naas Hunters Chase for the second year in a row under Patrick Mullins, landing the finale for Willie Mullins at @NaasRacecourse pic.twitter.com/gtuNOzrRj4

Lightly raced under Rules, Staker Wallace was in contention two out in last year’s race before finishing a one-paced fourth around 18 lengths behind It Came To Pass. Prior to his latest meeting with Billaway, he belatedly opened his account under Rules in a maiden hunter at Limerick in December. He made Billaway work hard for that win at Naas and could be closer than 12 months ago following that career-best effort. Enda Bolger’s other possible Stand Up And Fight is interesting at longer odds judged on his win in first-time blinkers at Fairyhouse in November when he took advantage of a bad mistake by Billaway at the last to beat him by a length and a half, with Mighty Stowaway third and It Came To Pass fourth. Stand Up And Fight was well fancied for the 2019 Foxhunter when he finished sixth, but could do better this time, coming here after finishing second to Gordon Elliott’s formerly smart chaser Jury Duty at Thurles last month.

Hazel Hill was still unbeaten in hunter chases when winning this in 2019 but was turned over at Wetherby prior to his intended run last year when he had to be withdrawn on veterinary advice on the day. He returned to winning ways at Ludlow in January when beating another 13-year-old but there’s only been one winner of that age in the last 50 years when Earthmover was successful for the second time in 2004 when trained by Paul Nicholls. Nicholls has won this four times and has a leading chance again with Bob And Co. Formerly smart in France, he won hunters at Bangor and Fontwell last season with the Fox Hunters’ at Aintree his intended target. Given a breathing operation in the meantime, he returned with a wide-margin success at Haydock last month with Sean Bowen taking over in the saddle from owner David Maxwell. Bob And Co turned in a mixed round of jumping but still ran out a convincing winner in the testing conditions.

Brilliant battle! A 1-2 for @PFNicholls as David Maxwell gets Bob And Co up from Alcala to win the hunters’ chase at @FontwellPark… Cheltenham next? pic.twitter.com/skCm3hw3ty

Red Indian has shown at least useful form on occasions over fences, notably when fresh, but was well beaten on his last run under Rules in a handicap at Ascot just over a year ago. He won both his points before the turn of the year by wide margins but isn’t yet proven beyond three miles. Latenightpass is another with a good record in points, and while he lacks experience under Rules, he has won both of his hunter chases. The first of those came over this course and distance in May 2019, while more recently he put up a useful effort at Warwick last month under a positive ride from Bridget Andrews to hold on by three-quarters of a length from the mare Highway Jewel.

The ex-French Porlock Bay is another at longer prices worth a mention after his very good hunter chase debut at Wincanton last month when going down by half a length to the Nicholls-trained (and Aintree-bound) Sametegal despite not having been seen to such good effect as the winner. On his only other start for Will Biddick, Porlock Bay was an easy winner of a point in November.

The last two winners Hazel Hill and It Came To Pass are likely to have to make way for younger rivals now, and Billaway is a worthy favourite to go one better than last year. But he has little to spare on Timeform ratings, and Bob And Co’s wide-margin win at Haydock last time makes him an interesting alternative at the prices.

Back Bob And Co (5/1 general) for the Hunters’ Chase

CATTERICK BRIDGE 14:20
106 The number of DUBAWI (IRE)'s progeny that have won on flat debut (Sires ESTAD)
22% Daniel Tudhope's strike rate at CATTERICK BRIDGE (rides ESTAD)
38% Jack Mitchell's strike rate on favourites (rides AQUAMAN)
Betting Offers ⇒
To help personalise content, tailor your experience and help us improve our services, Timeform uses cookies. By navigating our site, you agree to allow us to use cookies, in accordance with our Cookie Policy and Privacy Policy.
;