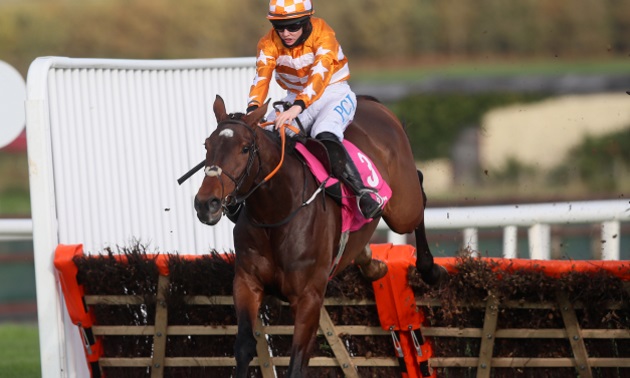 John Ingles takes a long-range look at the 2022 Champion Hurdle at the Cheltenham Festival and gives you Timeform’s best ante-post bet.

If the results from the latest Cheltenham Festival made grim reading from a British point of view, there’s not much cheer to be had either from the ante-post betting on next year’s Champion Hurdle. With Goshen effectively ruling himself out of any further Champion Hurdle attempts after his disappointing and wayward display in the latest renewal, that leaves 2020 winner Epatante as the only home-trained contender with any sort of realistic claims at this stage to Champion Hurdle success in 2022. That suggests she wouldn’t meet much home-grown opposition if tackling the ‘Fighting Fifth’ and Christmas Hurdles again, but, facing the Irish again at Cheltenham, she would have a stiff task trying to regain her title after simply not proving good enough when third this time.

The 2022 Champion Hurdle looks to rest, therefore, in the hands of either Willie Mullins or Henry de Bromhead, though with virtually all the leading candidates for both stables also featuring prominently in betting on the Festival’s novice chases as well, it’s hard to pin down exactly which of their horses might line up. The most exciting scenario would be a head-to-head between de Bromhead’s unbeaten Champion Hurdle winner Honeysuckle – current favourite to retain her title – and Mullins’ Appreciate It, himself unbeaten over hurdles and a wide-margin winner of the Supreme Novices’.

Mullins said he always had chasing in mind for the strapping Appreciate It, though the manner in which he won the Supreme gave his trainer food for thought. Honeysuckle, she too a winning pointer before running up her sequence over hurdles, was also said to have been destined for a novice chasing campaign next season, though, Appreciate It apart, it’s hard to see what might stop her winning another Champion Hurdle if she remains over the smaller obstacles.

At longer odds, Mullins’ other contenders include the likes of Sharjah, runner-up in the last two Champion Hurdles, Concertista, narrowly beaten by Black Tears in the David Nicholson Mares’ Hurdle, Blue Lord, who fell at the last when in the process of chasing home Appreciate It in the Supreme, and Haut En Couleurs who was a promising third in the Triumph Hurdle on his first start for the yard since coming from France.

Talking of the Triumph, the winner of that race, Quilixios, now with de Bromhead, is unbeaten in five races over hurdles and has further improvement to make. His age might suggest he’s more likely to remain over hurdles for the time being, though his trainer spoke of him afterwards as a chaser in the making. Zanahiyr and Tritonic both lost unbeaten records over hurdles in the Triumph, so they need to bounce back to be taken seriously as Champion Hurdle contenders.

Honeysuckle looks the most likely winner at this stage – assuming she remains over hurdles, of course – but in a race full of uncertainty, it could be worth chancing another of her stable-companions Aspire Tower at huge odds each-way. His latest fourth in the Champion Hurdle was his second good run at the Festival after finishing runner-up in the Triumph Hurdle the year before. His effort in the Champion Hurdle was also his best run to date, following a good second to Sharjah at Leopardstown in December, and there could be more to come from him after just seven starts over hurdles now that he’s through that tricky second season for four/five-year-olds. As an ex-Flat horse, there shouldn’t be too much of a temptation to go over fences with him which should make another crack at the Champion Hurdle a priority.

BANGOR-ON-DEE 15:23
21% Brian Hughes's strike rate at BANGOR-ON-DEE (rides MR KATANGA)
20% Stuart Edmunds's strike rate in early season (saddles BLACKFINCH)
Betting Offers ⇒
To help personalise content, tailor your experience and help us improve our services, Timeform uses cookies. By navigating our site, you agree to allow us to use cookies, in accordance with our Cookie Policy and Privacy Policy.
;