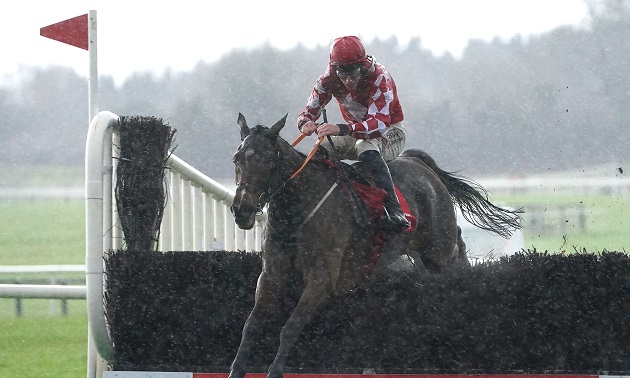 Andrew Asquith looks ahead to the 2023 Turners Novices' Chase and picks out his best ante-post bet.

The Turners Novices' Chase is dominated by Irish-trained horses and Mighty Potter tops the ante-post betting and Timeform weight-adjusted ratings. He was a smart novice hurdler last season and was fancied in the betting for the Supreme Novices' Hurdle at the Festival last season, but failed to fire on that occasion, never looking like being involved before being pulled up before the second-last. However, he bounced back in no uncertain terms when causing a shock in the Champion Novices' Hurdle at Punchestown to add a second Grade 1 win in that sphere to his name.

Mighty Potter has since made a seamless transition to fences this season, creating a good impression when landing the odds in a maiden at Down Royal in November, and following up with striking authority in the Drinmore Novices' Chase at Fairyhouse at the begining of December, beating subsequent Grade 1 winner Gaillard du Mesnil by four and a half lengths.

It was hard not to be taken by his performance that day as he tanked through the race and didn't let a stumble on landing at four and three out affect his rhythm. He was in full control after jumping the second-last, and to win a race as deep as that in the style he did suggests he is potentially top-class. Mighty Potter is currently Timeform's highest-rated novice chaser and another authoritative win at the Dublin Racing Festival would see his price contract further; he is a most exciting prospect and odds of 3/1 seem perfectly fair.

Appreciate It is joint-favourite in some books and would be a most intriguing contender if stepping up to this intermediate trip. A wide-margin winner of the Supreme Novices' Hurdle a couple of years ago, he endured a truncated campaign last season but has made a very good start to his chasing career. As a nine-year-old he is one of the oldest among the entries, but he is lightly raced for his age, and has an abundance of potential. Given the strength that Willie Mullins has at his disposal in the two-mile division it would be no surprise if Appreciate It ran here, and he is likely to have no trouble staying this longer trip over fences (he may even relish it given he won a bumper over two and a half miles), but backing him at such odds doesn't make sense at this stage given uncertainty over running plans.

James du Berlais is also trained by Mullins and looks one of his leading hopes for this race. He was a smart juvenile hurdler for Robert Collet when trained in France and the fact that he was pitched into the Champion Hurdle on his first start for this yard in 2021 gives you an idea of the regard in which he is held. He was well beaten, but he showed more of what he is about when runner-up to stablemate Klassical Dream in the Champion Stayers' Hurdle at Punchestown over a significantly longer trip a month later.

James du Berlais missed last season but he looked a high-class prospect when sauntering to victory on his chasing debut at Fairyhouse on New Year's Day after 20 months off. His jumping was notably slick and he proved himself in a totally different league to his rivals, in command some way from home. Hopefully he will meet Mighty Potter at Leopardstown next week and that will tell us more, but the fact he is just 6/1 for this race on the back of a maiden chase win says plenty and he is another to seriously consider.

Sir Gerhard is prominent in many ante-post markets, given his multiple entries over hurdles and fences, and he would be a most exciting addition, but a setback earlier in the season means we are yet to see him (he makes his chasing debut over two miles at Gowran Park on Thursday). Flame Bearer is a possible runner but, though he won by a wide margin last time, his jumping is not yet polished enough to think he is ready to make an impact at Grade 1 level, while other Mullins horses such as Dysart Dynamo and El Fabiolo may be more Sporting Life Arkle types.

The Henry de Bromhead-trained Journey With Me looked sure to be placed in a strong race on his chasing debut before departing late on and he looked a good prospect when winning his next start at Naas. He started joint-favourite for a Grade 3 event at Punchestown earlier this month on the back of that effort and, though he did very little wrong finishing second to a thriving mare, he had no excuses on the day and he was in receipt of 1 lb, too. He remains capable of better but a top price of 14/1 doesn't make much appeal.

The ones further down the list don't appeal at the prices, either, and this may be a race to keep it simple and side with the proven form. This race looks the best option for Mighty Potter and, given it has the potential to cut up, 3/1 may look a big price on the day.

Back Mighty Potter at 3/1 in the Turners Novices' Chase