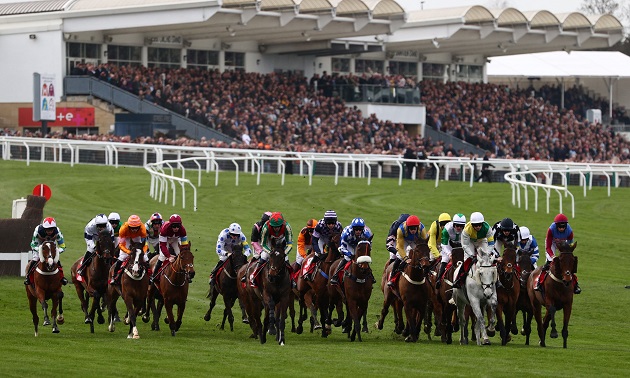 Andrew Asquith looks ahead to the 2023 National Hunt Chase and picks out his best ante-post bet.

The National Hunt Chase is one of the great traditional races of the Cheltenham Festival, so it was bewildering that last year's renewal attracted only six runners, especially with the amateurs back in the saddle following an enforced ban the previous season due to the pandemic.

There were 37 horses entered earlier this week, though, so hopefully normal service will be resumed and we will get a more representative field. The hot favourite at the time of writing is the Willie Mullins-trained Gaillard du Mesnil, who is a second-season novice, but has plenty of very smart form to call upon.

He finished behind the likes of Capodanno, Bob Olinger, Galopin des Champs and L'Homme Presse before finishing an excellent third off a big weight in the Irish Grand National last season, and deservedly opened his account over fences in the Grade 1 Neville Hotels (Fort Leney) Novices' Chase at Leopardstown over Christmas, beating Churchstonewarrior by seven and a half lengths. Gaillard du Mesnil didn't need to improve to gain that long overdue success, but he is still a very likeable type, and one who is tailormade for this test with his stamina already proven. He deserves to be favourite but he is short enough at around 13/8.

The next two in the betting, Chemical Energy and Gerri Colombe, are both trained by Gordon Elliott and have made a promising start over fences. The former failed to meet expectations on his chase debut on his final start last season, but left that form well behind on his return from five months off when winning a maiden over 17 furlongs at Listowel in September.

He improved a chunk upped to three miles when running away with a novice at Cheltenham when last seen in October, too, still a bit novicey at his fences but his jumping became more assured as the race wore on. That race fell apart to some extent, but Chemical Energy looked a horse full of potential, and his trainer was quick to say after the race that he'll head straight to this race next. That is interesting in itself, as Elliott took the same route with Galvin, who won that race in 2020 and landed the National Hunt Chase on his next start (when trained by Ian Ferguson as Elliott was suspended), so he merits the utmost respect for all he is short on experience for a race of this nature.

Gerri Colombe is perhaps of a different ilk, as he is yet to race beyond 21 furlongs over fences, and had the class to win the Faugheen Novices' Chase at Limerick over two and a half miles last time. Admittedly, that race was run in gruelling conditions which placed the emphasis on stamina, but he looks a classy type all the same, his jumping very assured. You would imagine he is one for the Brown Advisory Novices' Chase over three miles, though.

Minella Crooner is another Elliott-trained horse who appeals as the sort who will relish this test. He is another who is yet to race at even three miles over fences, but he continues to shape like a horse who will be suited by long distances, and could well take a big step forward at this marathon trip. He started at 7/4 for a Grade 2 on his chase debut at Punchestown in November, and it was a lack of experience which only just beat him, though he displayed an excellent attitude when going one place better when beating I Am Maximus next time in a race which has worked out well. Minella Crooner once again left the impression he wasn't suited by the trip when third to a thriving mare over two and a half miles last time and he makes a fair bit of appeal at around 20/1 in the hope he takes his chance here (also entered in the Brown Advisory Novices' Chase).

Ramillies didn't quite get home in the Albert Bartlett last season, which tempers some enthusiasm regarding this trip, but he failed to settle on that occasion and wasn't helped by numerous jumping errors. He made a most promising start over fences when winning a maiden at Thurles, though, jumping much better than he often did over hurdles and seeing the trip out very well. It is no surprise he immediately showed improved form over fences by looking at him - a strong, well-made gelding - and he has the potential to go even further in this sphere.

Of the British-trained contingent it is Tea For Free who makes the most appeal. He didn't manage to win over hurdles last season, but he was a winner in points, and has proved a revelation since switched to fences, winning all four of his starts so far. He was given a more positive ride than is usually the case when completing a four-timer at Newbury on New Year's Eve but still went about his business in trademark fashion, pressing on some way from home and still travelling well when tackled two from home. Tea For Free found plenty in the closing stages and is progressing at a rate of knots so, while he will have handicaps as an option, it would be no surprise if connections roll the dice here, with this trip sure to suit him on run style.