2023 Stayers' Hurdle preview: Have a Sporting bet on John 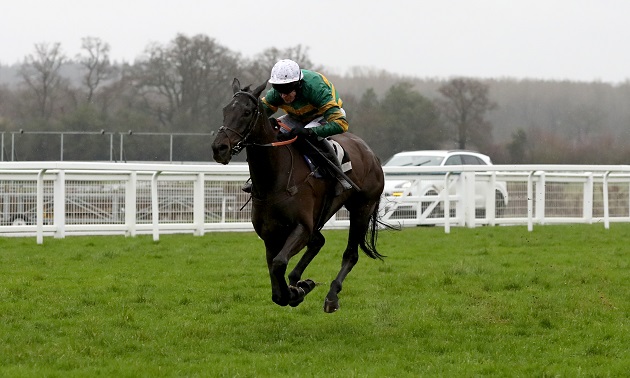 Andrew Asquith previews the 2023 Stayers' Hurdle at the Cheltenham Festival and has a double-figure fancy.

Flooring Porter made all for the second year running in the Stayers’ Hurdle at the 2022 Cheltenham Festival and his performance can’t really be knocked, for all his Timeform rating isn’t at the standard of Baracouda, Inglis Drever and Big Buck's, who have all achieved the feat before.

He received a perfectly judged ride from Danny Mullins who crucially had the start go his way this time while his main rival, Klassical Dream, missed the break and, as a result, was ridden much more patiently than is usually the case.

Flooring Porter is blessed with the sort of slick hurdling that is normally reserved for the leading two-mile hurdlers which enabled him to get into a great rhythm out in front and he didn’t need to overly exert himself to power away from the chasing pack on the run-in (his jockey didn’t even have to resort to the whip). The downside to Flooring Porter is how he has reacted in the past when not getting his own way, but he is clearly top of the pile amongst the staying hurdlers at present for all it still doesn’t look the strongest division.

The one horse who has the potential to mix it with those towards the head of the pack next season is the Nicky Henderson-trained Buzz, who is a smart performer on the Flat, and has raised his game further over hurdles, notably finishing runner-up in the Grade 1 Aintree Hurdle on his final start last season.

He made a winning return to the Flat in the Cesarewitch at Newmarket in October before winning a Grade 2 back over hurdles at Ascot in November, and was prominent in the betting for this year’s Stayers’ Hurdle, but he suffered a fractured pelvis the day before he was supposed to contest the Long Walk Hurdle, an injury that ruled him out for the remainder of the season. Whether he will return to competitive action next season or not is still in the balance, though, so he can’t be put forward as a bet at this stage.

Thyme Hill, Paisley Park and Champ chased home Flooring Porter this year, but the first-named has seen his progression through the staying ranks stall somewhat, while the other two will both be 11-year-olds by the time next season’s Stayers’ Hurdle comes round, which tempers enthusiasm somewhat.

The Willie Mullins-trained The Nice Guy won the Albert Bartlett in good style and can still boast an unbeaten record under Rules, so he would be interesting if kept to this sphere. He was seemingly one of the lesser fancied horses from the Mullins yard at this year’s Festival, but he showed much improved form upped to three miles on just his second start over hurdles and is clearly a horse with great potential. The Nice Guy does strike as a good prospect for novice chases next season, though, and the last three winners of the Albert Bartlett have all taken that route.

That therefore leaves few other candidates to choose from, but at the current odds, Sporting John looks interesting enough. He seems to have been around forever, but he is still only a seven-year-old, and he is a much more natural hurdler than he is a chaser.

His novice season over fences largely failed to deliver (though he did beat Shan Blue in the Grade 1 Scilly Isles) but he got right back on track returned to hurdles this time round when winning a Cheltenham handicap in November.

Sporting John wasn’t in the same form on his next start, but again looked good when scoring at Warwick in January, and that form received a boost when the third and fifth that day, Third Wind and Alaphilippe, finished first and second in the Pertemps Final.

Sporting John was ruled out of the Festival after pulling a muscle, but is reportedly on course for Aintree next month, and he remains unexposed as a staying hurdler. He is currently 25/1 for the 2023 Stayers’ Hurdle and there is enough juice in that price to make him of long-term interest in a division that remains wide open.