The Triumph Hurdle is a Grade 1 National Hunt hurdle race, which takes place each year during the Cheltenham Festival in March. It is currently scheduled to take place on the Friday – the fourth and final day of the Festival, also known as Gold Cup Day. Run on the New course, the Triumph Hurdle takes in a total of eight hurdles, over a distance of around two miles and one furlong.

The Fulke Walwyn Kim Muir Handicap Chase takes place on the third day of the Festival and is for amateur riders. The riders compete on the New Course at Cheltenham, over a distance of about three miles and one and a half furlongs – with a total of nineteen fences jumped.

The event was established in 1946 and it was originally called the Kim Muir Amateur Riders' Steeplechase. It was introduced by Mrs Evan Williams and was named in memory of her brother, Kim Muir, a cavalry officer who lost his life during World War II.

The name of Fulke Walwyn was added to the title in 1991. This was in honour of the highly successful trainer, whose 211 victories at Cheltenham included 40 at the Festival. 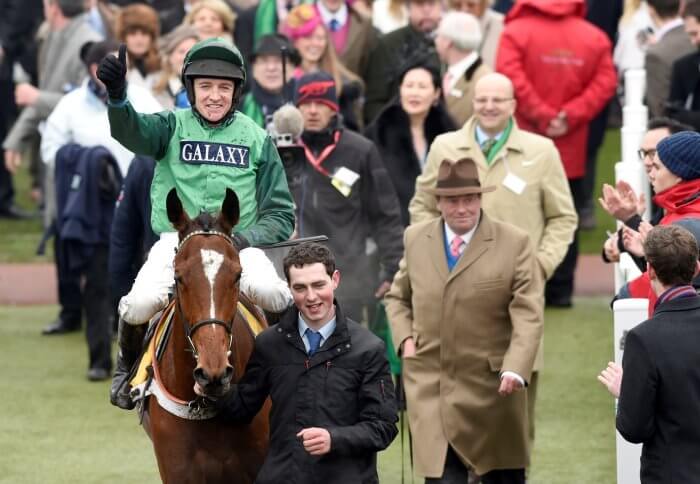