The RSA Insurance Novices’ Chase is a Grade 1 chase held over just over three miles (3 miles and 80 yards), and is traditionally run in March, on Day Two of the Cheltenham Festival, the Wednesday. The race is open to novice chasers aged five and up, and during the race 19 fences are jumped by those taking part.

Established in 1946, the race was originally known as the Broadway Novices’ Chase, but since the mid-1960s it has had several sponsors, including the Tote, under whom it was called the Totalisator Champion Novices’ Chase.

The race is seen as a stepping stone to the Cheltenham Gold Cup, and several horses have won both races over the years.

The last winner of the RSA Chase to go on win the Cheltenham Gold Cup was the Jim Culloty-trained Lord Windermere , who won the RSA in 2013 and followed up in the Gold Cup one year later in 2014.

Two other horses have achieved the same feat this century; the 2007 RSA winner Denman , who won the Gold Cup a year later, and the 2012 RSA winner Bobs Worth , who also obliged in the big one 12 months later, in 2013.

Perhaps the most famous renewal of the RSA Chase came as recently as 2017, a race which was ultimately won by Might Bite but involved a dramatic finish.

The Nicky Henderson -trained Might Bite jumped the final flight ten lengths clear before veering badly right and being overtaken by stable-mate Whisper, only to rally and retake the lead on the line, coming out on top in a photo finish.

Might Bite subsequently featured in a thrilling renewal of the Cheltenham Gold Cup a year later, just losing out to the Colin Tizzard -trained Native River, ridden by Richard Johnson .

The joint-leading trainers in the RSA Chase are Fulke Walwyn and Willie Mullins , both with four winners. 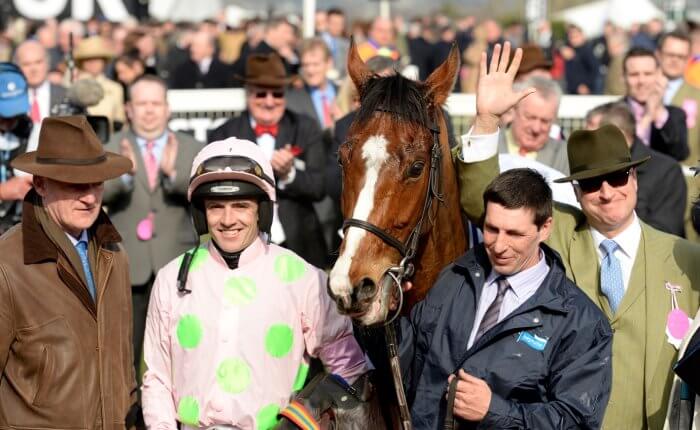