The Festival Trophy Handicap Chase is a Grade 3 National Hunt steeplechase handicap which takes place each year during the Cheltenham Festival in March, and is one of the big betting races on day one of the meeting. Open to horses aged five years or older, the Festival Trophy Handicap Chase is run on the Old Course at Cheltenham over a distance of about three miles and one furlong (3 miles 1 furlong), with 20 fences to be jumped.

The Stewart family in question is that of racehorse owner Andy Stewart who has enjoyed plenty of success as an owner at the Cheltenham Festival, his winners including the multiple Stayers’ Hurdle winner Big Buck’s who wore Stewart’s familiar red and white halved silks.

Stewart’s son Paul was told he would never walk again after breaking his back after getting caught up in an avalanche while snowboarding in the Alps in 2008.

Stewart Snr has never won the Festival Trophy Handicap Chase, but Lizzie Kelly became the 12th women to ride a winner at the Cheltenham Festival when guiding the well-supported 5/1 favourite Coo Star Sivola to victory in the race in 2018.

Winners of the Festival Trophy Handicap Chase often go on to run in the Grand National, although not always in the same year. Horses to have achieved victory in both events include Royal Tan, Team Spirit, West Tip, Seagram and Rough Quest.

The last-named was ridden by Tom Scudamore , who, along with Robert Thornton, has won the Festival Trophy Handicap Chase on three occasions.

In terms of Timeform ratings this century, Coo Star Sivola’s smart performance was actually one of the lesser winning efforts, rated 2 lb lower than the iconic Festival Trophy Handicap Chase victory of Wichita Lineman in 2009.

The well-backed favourite Wichita Lineman had been pushed along for over a circuit by the legendary AP McCoy , but stayed on best of all up the hill to collar Maljimar in the dying strides and win by a neck.

The ride is considered one of the best of all time, and is fondly remembered by McCoy in his 2011 book My Autobiography. "It was only after we crossed the winning line that I was aware of the noise coming from the stands. It was probably one of the better rides that I have given any horse; in fact I'd say that in my own little head I thought it was probably the best ride I have ever given a horse."

Un Temps Pour Tout, winner of the Festival Trophy Handicap Chase in 2016 and 2017, has produced the best winning performances in recent years, his most recent effort was classified as ‘High Class’ by Timeform, and would have been good enough for a fourth-placed finish in the same year’s Cheltenham Gold Cup.

Though Fred Rimell and Fulke Walwyn both won the race four times many decades ago, the most successful Festival Trophy Handicap Chase trainer in recent times is David Pipe, who has won it three times, with: An Accordion (2008), and Un Temps Pour Tout (2016, 2017).

The most successful Festival Trophy Handicap Chase jockey in recent times are Tom Scudamore and Robert Thornton , who have both won it three times.

Scudamore’s wins were all on the David Pipe-trained runners listed above, while Thornton’s success came with: Fork Lightning (2004), Kelami (2005), and Bensalem (2011). 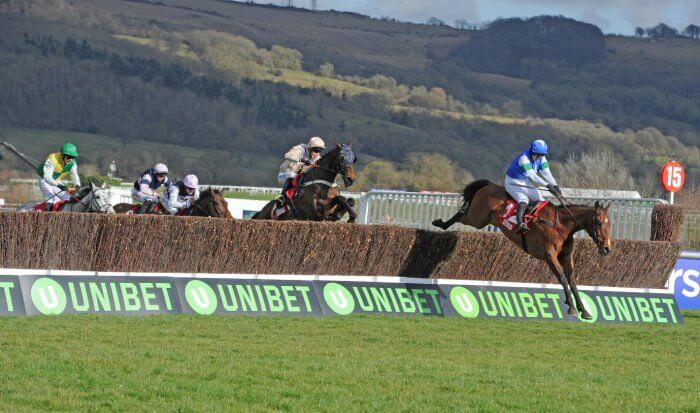